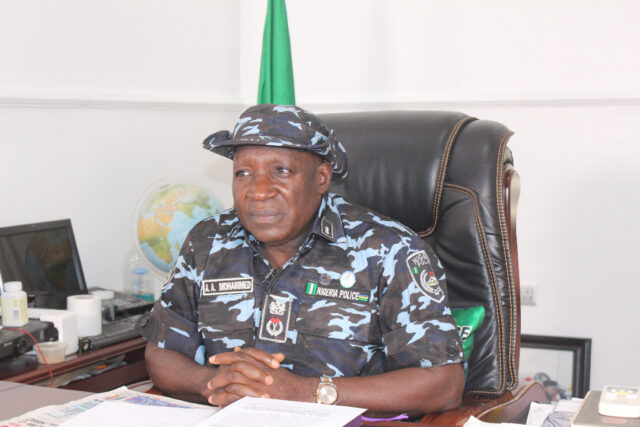 Delta state police command says its operatives attached to Rapid Response Squad (RSS) have neutralized one Japhat (surname unknown) who has been on the command’s wanted list for allegedly involvement in numerous attacks on police and killing of innocent persons.

He pointed out that on 2nd August, 2022 at about 1035hrs, Operatives attached to Rapid Response Squad, while on surveillance patrol along 74, Anwai-Illah road Oshimili South LGA, were attacked by some armed hoodlums.

He maintained that the Operatives quickly took cover and engaged the marauders in a serious gun battle thereby forcing them to a retreat. 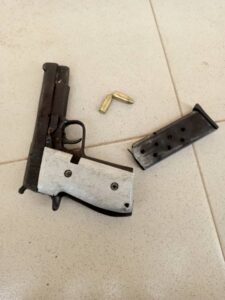 “However, in the ensuing gun duel, one of the suspects later identified as Japhet (surname unknown), who has been on the Command’s wanted list for involvement in numerous attacks on Police personnel, and killing of innocent persons, sustained gunshot injuries, he was taken to the hospital where he gave up the ghost while receiving treatment.

He stated that one locally fabricated beretta pistol with two [2] 9mm live ammunition and one Qlink motorcycle with reg no. WKP 270 QW abandoned by the other gang members were recovered.

The PPRO further said manhunt for the fleeing gang members is ongoing.

He however said on 2nd August, 2022, at about 1300hrs, a distress call was received from Dominion hotel’s and suit in Umunede, that a man was threatening their customers with a gun and sending them away, thereby constituting nuisance and disturbing the public peace within the vicinity. 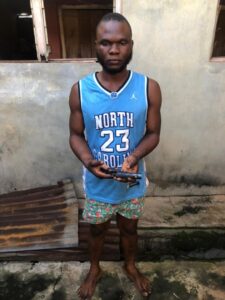 Consequently, he stated that the Patrol team attached to Umunede Division were deployed to the scene where the suspect upon sighting the Police took to his heels, he was chased and the suspect named Precious Azuka was arrested.

He noted that one locally made cut-to-size gun was recovered from the him, noting that investigation is ongoing.

In the same vein, the PPRO Edafe revealed this that on 30th July,2022, the Command received information, that a suspect snatched a motorcycle along St Desmond road, Okpanam with a dagger.

“The Area Commander Asaba, detailed Police Operatives attached to the Area Command to investigate and ensure that the suspect is arrested and brought to book. Consequently,

“On 31st July, 2022 the team embarked on an intelligence led investigation, trailed and arrested the suspect named Isaac Dantala, along Asaba-Onitsha Expressway and the motorcycle with reg. no UDD 332 DH was recovered alongside the dagger. Investigation is ongoing.”