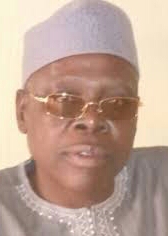 when the case reconvened on Wednesday for hearing, the IPO who investigated the case testified on his findings during investigation.

The Prosecution applied to tender the confessional statement of the defendant which the Defense counsel Barrister Tajudeen funsho did not object and consquently, the court admitted it in evidence and marked it Exhibit 1.

The presiding Magistrate adjourned the case to July 29 for continuation of hearing, were PW 1 will be cross examined by Defense counsel.

Acccording to the Prosecution, the offences contravened section 392 and 393 of the Penal Code Law.

Danbilki earlier pleaded not guilty to the allegations and was admitted the sum of N1 million bail with two reliable sureties.

The Person Found Dead Is Not Our Student – BUK