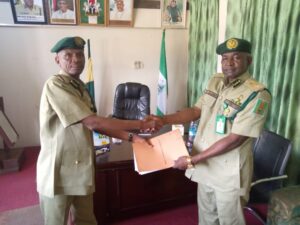 The new Zonal coordinator is an indigene of Kano Municipal in Kano State and was enlisted into the Service in the year 1990.

In the course of his carrier, he held so many positions, notably among them are; Squadron Commander at Kano, FCT Commands and National Headquarters respectively.

He later became the Commander General of the Service Armed Squad at the National Headquarters, Abuja. He also served as the Officer in charge of Medium Security Custodial Centre, Gumel, Jigawa State as well as Deputy Controller, Sokoto State Command.

The new Zonal coordinator has attended so many courses both at home and abroad. 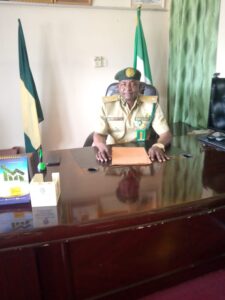 ACG Kabir Abba Galadanci took over the mantle of leadership from CCS Ali Abubakar who is now the Controller in charge of Bauchi State Command.

A statement by ASC Ahmad U Tata Command’s Public Relations Officer noted that the handing and taking over mantle of leadership took place at the Zonal Hqtrs office, Bauchi.