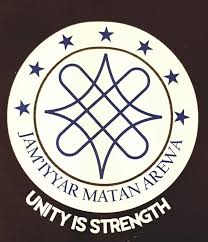 A Kano High Court presided over by Justice Nasiru Saminu has adjourned sitting until September 9, over Jam’iyyar Matan Arewa, an (NGO), leadership tussle suit, filed by Hajia Ummi Tanko Yakasai and six other plaintiffs seeking the court to declare that the action of Hajiya Rabi Musa Saulawa, National President of Jam’iyyar Matan Arewa of appointing Caretaker Committee for Kano State Chapter of the NGO is illegal and unconstitutional.

Ummi Tanko Yakasai and six other plaintiffs approached the court, challenging the legality of Hajiya Rabi Musa Saulawa over the appointment of 3rd to 11th Defendants as Caretaker Committee of the NGO, Kano State Chapter.

The Plaintiffs similarly praying for an order of the court to set aside the appointment of 3rd to 11th Defendants by Hajiya Rabi Saulawa and imposing on them  as the Caretaker Committee, Kano State Chapter of Jam’iyyar Matan Arewa.

Hajia Ummi Tanko Yakasai is similarly asking the court to perpetually restrain the 3rd to 11th Defendants from meddling into the affairs of the NGO and continue parading themselves as Caretaker Committee of the Kano State Chapter of Jam’iyyar Matan Arewa and from further carrying out any action as may be directed or instructed by Hajia Rabi Musa Saulawa, National President.

When the case resumed on Wednesday for mention, counsel to Hajia Ummi Tanko Yakasai and six other Plaintiffs, Barrister Isah Abdallah holding the brief of Tajuddeen Oladoja said the case was slated for mention but acccording to him the Defendants didn’t file any court process.

In his response, counsel to Hajiya Rabi Musa Saulawa and 10 other Defendants, Barrister M.A Chiangi said he was just briefed not too long ago.

He stated that by Rule of the Court, he has 30 days to respond.

“So as at today we’re still within time to respond. We will endeavour to file our processes before the next adjourned date.”

Justice Saminu adjourned the case until September 9 to enable counsel to the Defendants file his response.