The Nigeria Security And Civil Defence Corps has organised a sensitization and evaluation program for the 44 Divisional Officers as well as the State Peace Desk o6fficers, aimed at educating the Officers best approaches in discharging their responsibilities.

He said the lecture was part of the Command’s effort towards building the capacity of its personnel in resolving conflicts in the society.

The lecture was at the instance of the Peace and Conflict Resolution Department, NSCDC, National Headquarters.

He pointed out that the objective of the program was to sensitise the Peace and Conflict Desk Officers on how to manage the conflict among willing members of the public.

“It’s also to enlighten and guide in the process of resolving conflicts. The program also seeks to achieve Federal government’s target on key performance indicators which is based on inter personal conflict, communal and the farmers/herders conflict as well as early warning and early response mechanism.”

Abdullahi, stated that the one day program was declared open by Commandant Adamu Idris Zakari represented by Head of Administration DC Kabir Baffa.

He charged the participants to be attentive to the lectures as it will be beneficial to them particularly during mediation and reconciliation processes. 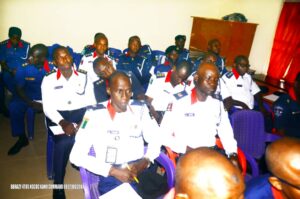 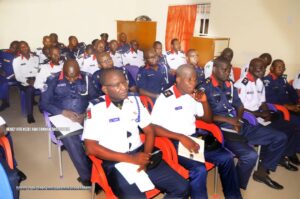