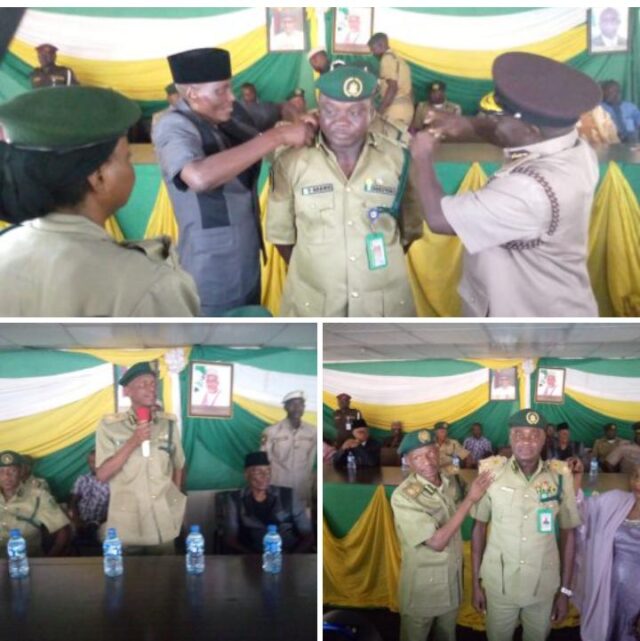 In a statement by ASC Ahmad U. Tata CPRO Bauchi Command said during the ceremony, the Zonal Coordinator congratulated the celebrants on their new ranks and urged them to continue with the hardworking, dedication and commitment they were known with in their previous positions.

He added that promotion comes with higher responsibilities, therefore they should be ready to face more work and challenges in their new offices.

One of the newly promoted senior officers, Controller of Corrections CCS Aminu Yusuf who spoke on behalf of the decorated officers, assured to the Zonal Coordinator that they will bear his advice in mind at all the time.

CCS Aminu thanked the CGC Haliru Nababa and the Interior Minister Rauf Aregbesola for finding them worthy of being promoted.

He further thanked all the officers and men of NCoS, Immigration, Civil Defense and other guests who made the occasion successful.

The newly promoted officers decorated at the ceremony were CCS Aminu Yusuf and CCS Adamu Yahaya.