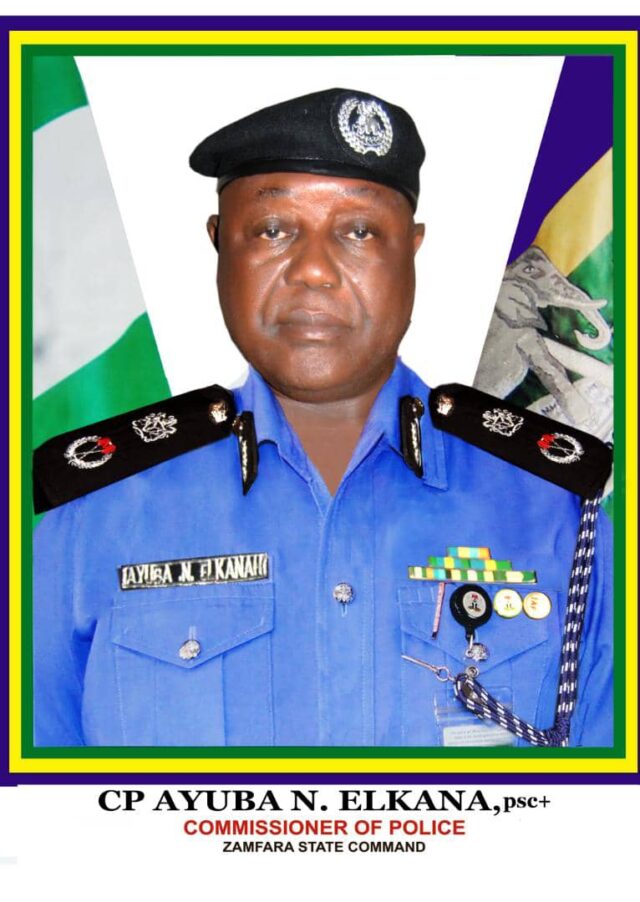 The Zamfara State Police Command enjoined public to disregard attempt by some mischievous persons to mislead unsuspecting members of the public and cause disharmony through the recirculation of an old video, recorded since 8th November, 2021 during a Press Briefing by CP Ayuba N. Elkanah.

The statement issued Wednesday, by SP Muhammmad Shehu Zamfara State Command Public Relations Officer said the for the purpose of clarification, is to state that the referenced video was culled from a confidence building Press Briefing granted by the Zamfara State Commissioner of Police to calm, as at November 2021, the tension caused by the recovery of a letter of threat to attack churches in Zamfara State.

“The Command while reassuring the public of its commitment to the protection of lives and property in the state, calls on members of the public and the media  to disregard the  video, as  it is the handiwork of mischief makers.” it further said.