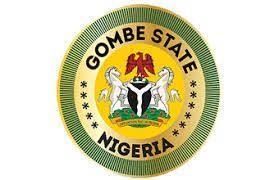 In continuation of it’s study tour of the State Participants of the Executive Intelligence Management Course 15 of the National Institute for Security Studies Abuja has visited Gombe Local Government council, State University,Mega Park, Specialist Hospital as well as inspection of Gully erosion control works in the state capital Tuesday.

Receiving the delegation at the Local Government secretariate, Chairman of the council Alhaji Aliyu Usman Haruna explained the council’s efforts in checkmating desertification, thuggery,and other threats to security of lives and property.

Alhaji Aliyu Usman Haruna further informed that, through the leadership e Governor Muhammadu Inuwa Yahaya all the eleven(11) local Governments have keyed into the Gombe Goes Green initiative and have set up security committees at various levels to the conventional security agencies in tackling crime and farmer/herders clashes. 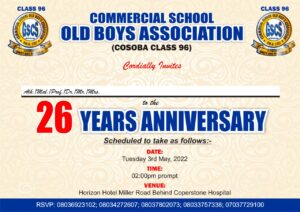 At the State university the delegation was received by the Deputy Vice Chancellor, Professor Mahmood Umar and other management staff who briefed them on the historical background of the institution as well as the inspiration they got from the pioneer Vice Chancellor Professor Abdullahi Mahdi in respect to planting and nurturing of trees and flowers not just for beautification but to protect and preserve the environment.

Professor Mahmood Umar further explained that the University established in 2004 have robost staff and over ten thousand students undergoing various courses in both undergraduate and post graduate programs.

The team also inspected the Mega Park under construction and was conducted round by the Commissioner of Housing and Urban Development Engr. Abdullahi Idris Kwami who informed them that the project was initiated by the previous administration and been completed by Inuwa Yahaya administration considering it’s relevance and importance to the socio economic advancement of the State.

The Commissioner said the park happen to be the best in the country in terms of modernity and facilities which consist of a Hospital, Hotel,fire service station, five (5) passenger loading stations,a Bank and good road network among other facilities.