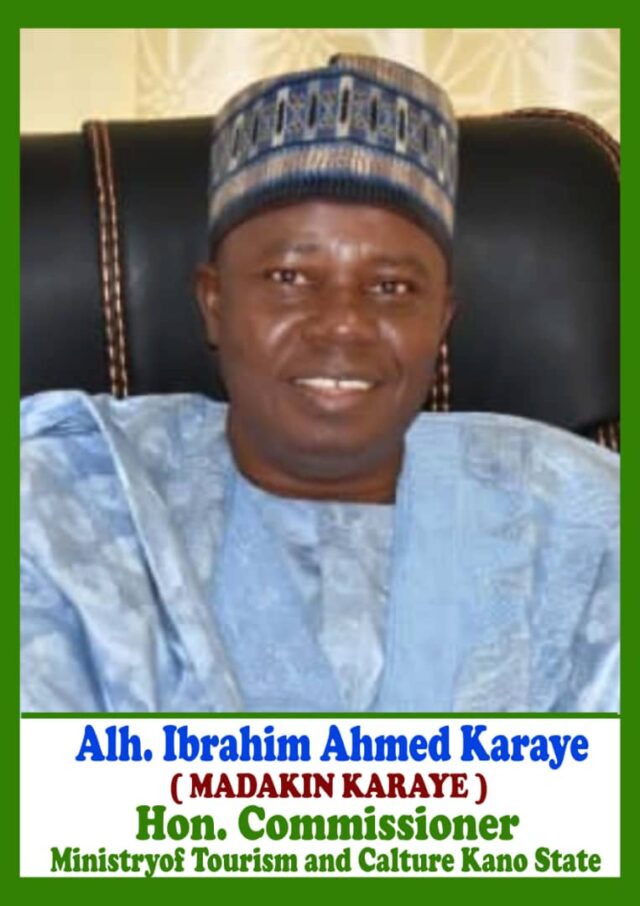 The State Commissioner for Tourism and Culture Alh Ibrahim Ahmed Karaye (Madakin Karaye) has tender his resignation of office as a commissioner.

This followed his intention to contest in the forth coming 2023 General election,

The former commissioner Alh. Ibrahim Ahmed Karaye thanked Governor Abdullahi Ganduje for the opportunity given to him to serve in his administration.

Read Also: Kano Government to clerics: be cautious in your preachings

A statement by Ismaila Garba Gwammaja issued on Sunday, said in a light ceremony organised on thursday in his office, the commissioner also commended the entire staff of the ministry for their resilience, selfless service and above all support and cooperation accorded to him through out his tenure which enable him to achieved so much within a short time frame, and urged them to keep the flag flying for accelerated development of the sector.

He therefore appealed to all Muslim ummah to pray ceaselessly for Allah’s blessings and forgiveness as well as for the lasting peace and stability in kano and Country at large especially in this holy month of Ramadan.