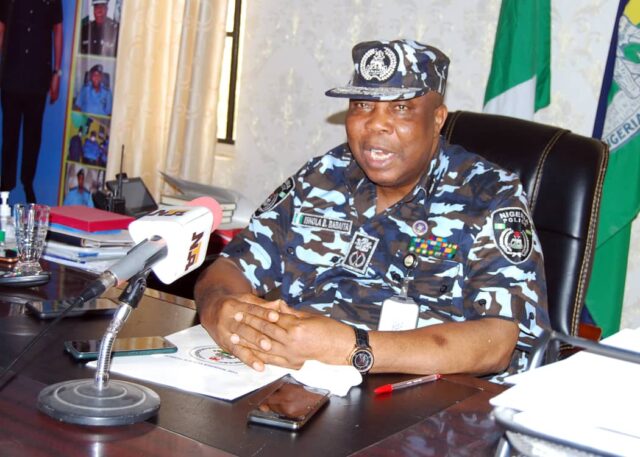 The Gombe State Police Command has stated its readiness to checkmate crimes, excesses of political thugs and social miscreant, who may exploit the festive period.

In statement by ASP Mahid Mua’zu Abubakar, Gombe Command’s Spokesperson, said the call was imperative in view of the unfolding political activities. The command however according to him, admonished the general public to be law abiding during before and after festive period.

The statement maintained that the robust high visibility patrols of all nooks and crannies of the State, purposeful stop and search has been reinvigorated in active collaboration with other security agencies.

“Gombe State Police Command under the pragmatic watch of Commissioner of Police Cp Ishola B. Babaita wishes to extend the goodwill message to the good people of Gombe State and felicitate with the christian community on this auspicious religious festivity.”

“The command wishes to reiterate its commitment in the pursuit of quality service delivery in the discharge of it’s statutory responsibilities by putting in place proactive security measures before during and after the easter celebration.”

The statement stated that the suspected criminals hideout will be continuously raided to flush out criminal element in the state.

“That will guarantee peace and security for the safety of all law abiding citizens and visitors alike,”

The statement enjoined people with useful information on any suspicious individuals or nocturnal activities to avail themselves via NPF Rescue Me Application or GSM number 08150567771.