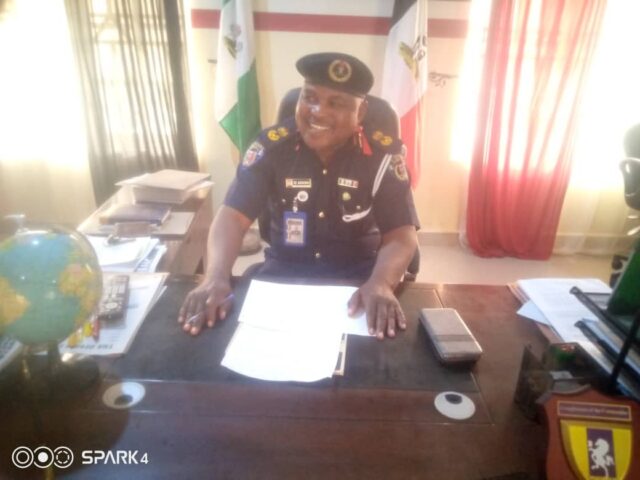 One Ahmad Abdussalam, a 22 year old man has been arrested by Operatives of the Nigeria Security and Civil Corps, Kano Command in connection with the alleged illegal possession of 22 registered Airtel Sim Cards and activating 14 Fidelity Bank ATM Cards, bearing different names.

Read Also: NSCDC Kano Records Over 4000 Civil, Criminal Cases in 2021
The Kano State Commandant of the Corps Adamu Zakari stated this to Journalists at a press briefing in Kano.

He described the arrest as a great and remarkable achievement within shortage period of time after his assumption in office. 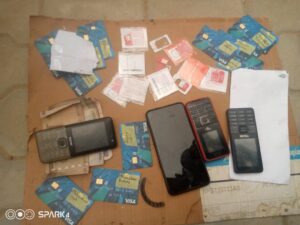 He said operatives of the command while on duty on Saturday, March 12 sighted the suspect while activating some ATM cards at Fidelity Bank.

” Our men suspected a foul play against Abdussalam and he couldn’t provided a satisfactory account in connection with the 14 ATM cards found in his possession.

” Upon interrogation, he linked us to one Umar Surajo who alleged to have been a mastermind of the alleged crime.

Upon further interrogation Abdussalam confessed that he was introduced and employed into the deal by Umar Surajo who directed him to go bank and activated the Cards at ATM machine.

Mr. Zakari maintained that one Muhammmad Ali, an agent of Airtel was also apprehended over the alleged crime.

” Our Investigation revealed that those ATM cards were obtained from innocent villagers who don’t know the implications of selling their ATM cards. 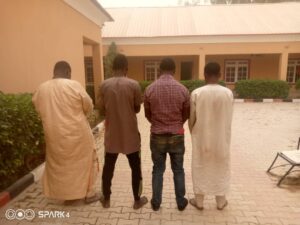 ” The suspects goes to rural areas deceived them, open bank account for them and process the ATM card and later buy each card at the sum of N300″.

The Commandant warned public against selling their ATM card stressing that investigation revealed that illegal ATM cards are used to perpetrate illicit act which according to him include: terrorist financing, money laundering, payment of ransom to kidnappers among many other financial crimes.

He enjoined public to provide the Corps with intelligence information with the view to curtailing crime and criminality in Kano and Nigeria at large.

A first glimpse at Java 9: Early access release of JDK9 on OpenJDK