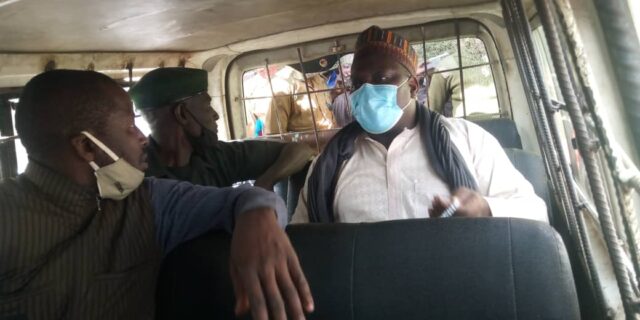 The Bench warrant order for the arrest of Mua’zu Magaji Dansarauniya and revoking of his bail after failing to attend court proceedings for 3 times has been vacated by Senior Magistrate Aminu Gabari.

Justice Watch News reports that earlier neither the defendant nor his counsel attended the court sitting.

Justice Watch News gathered that the defendant and his counsel Barrister Garzali Datti Ahmad later appeared and prayed the court to vacate the order against the defendant.

In his prayer the counsel argued that there was communication gap between the defendant and court registry explaining that he was misinformed that the court will sit by 2pm.

The Trial Magistrate, vacated the order.

It could be recalled that Mua’zu Magaji Dansarauniya is standing trial on the allegations of defaming the personality of Kano State Governor Dr Abdullahi Umar Ganduje on his Facebook page.

He pleaded not guilty to his alleged offences and court admitted him bail of N1 million and two reliable sureties in the like sum.

‘Pastor’ arrested with 3 drums of Mkpuru Mmiri in Akwa Ibom