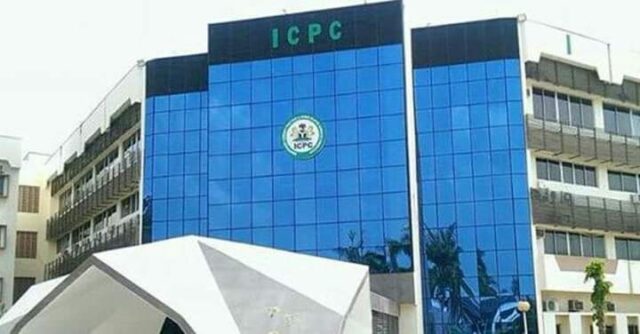 The Abia State High Court 2 sitting in Umuahia, presided over by Justice C. C. T. Adiele has ruled that Mr. Ikechukwu Onuh, Managing Director of Consolidated Business Network Limited and his company, Consolidated Business Network Limited, should refund the sum of Five Hundred and Fifty Million Naira (N550,000,000), which was a proceed of fraudulent activities to the Abia State Government.

The Independent Corrupt Practices and Other Related Offences Commission (ICPC), had in a criminal case instituted against a former Abia State Commissioner for Finance and Economic Planning, Dr. Philips Nto; Mr. Ikechukwu Onuh, and his company, Consolidated Business Network Limited, also referred to as the 1st, 2nd, and 3rd defendants respectively; accused the trio of conspiracy and contravening sections 16, 19 and 26 (1) of the Corrupt practices and Other Related Offences Act, 2000.

Dr. Nto was charged for using his position as a commissioner to confer corrupt advantage on his associates (Mr. Onuh and Consolidated Business Network Limited) when he authored some letters introducing the 2nd and the 3rd defendants to Keystone Bank Plc, on which basis the sum of Seven Hundred Million Naira (N700,000,000) belonging to Abia State Government was paid into their account with the same Keystone Bank Plc.

Counsel to ICPC, Enosa Omoghibo, in the course of the trial informed the court of how the 2nd and 3rd defendants only remitted the sum of One Hundred and Fifty Million Naira (N150,000,000) out of the said amount to the State Government’s account while holding on to the remaining balance.

Prosecution further proved how the sum of Five Hundred and Forty-Nine Million Naira (N549,000,000) was eventual transferred to a certain Bureau De Change account in exchange for the dollar equivalent.

While putting up his defense, the 1st defendant called in a forensic expert witness who established that the letter purportedly authored by him on which basis the 2nd and 3rd defendants received the said sum of Abia State money into their account were forged as they were not authored by him.

However, the prosecution counsel in a swift move shifted focus from the defendants to the money, and relying on Section 47 (1) (b) of the Commission’s enabling law, prayed the court for order of refund and forfeiture of the said sum of Five Hundred and Fifty Million Naira (N550m), to Abia State government.

He argued that the trial Judge should convict the 2nd and 3rd defendants of the lesser offence of acts “constituting a felony, to wit: forgery which is contrary to and punishable under sections 13 and 14 of the Act, which sections 223 and 229 of the Administration of Criminal Justice Act, 2015 endorses.

The trial judge while delivering judgement on the matter discharged and acquitted the defendants.

He however agreed with the prosecution that he has proved beyond reasonable doubts the said sum of Five Hundred and Fifty Million Naira (N550,000,000) is property of Abia State government and not the defendants.

In view of the above, the judge ordered the 2nd and 3rd defendants to refund and forfeit the said money to Abia State Government within 30 days from the date of the judgment.

The Commission has set in motion machineries for the recovery and refund of the money to Abia State Government.