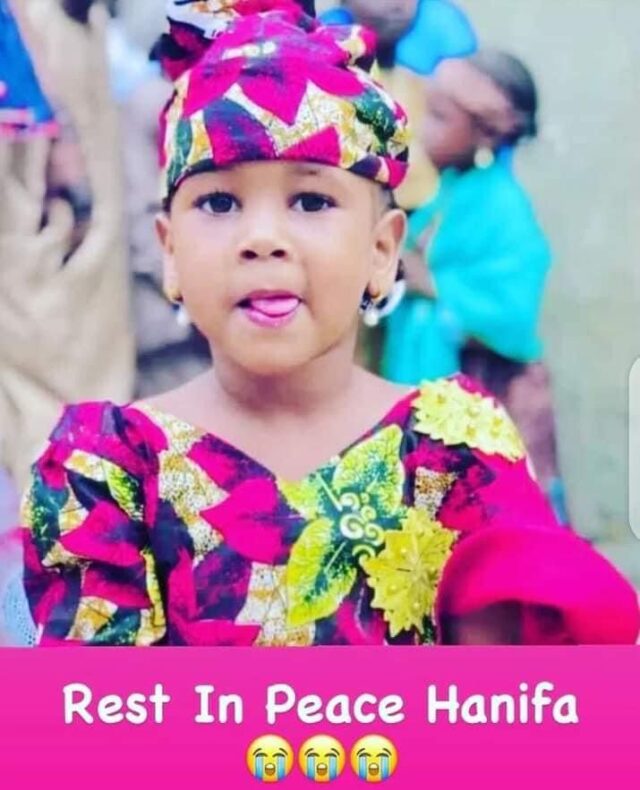 The War Against Injustice, (WAI), an NGO has called for the collaboration among stakeholders with the view of ensuring that all persons involved in the gruesome murder of innocent 5 year old Hanifa punished according to the extant laws of country.

This was contained in a statement by Comrade Khadija Hudu Abubakar, Assistant Secretary General of the Group on Saturday.

In the statement, the WAI said “We are deeply saddened with the news of Hanifa’s killing by her school proprietor Abdulmalik Muhd Tanko.”

This is an act inhuman treatment, barbaric to the highest order a human being can do to his fellow human being”

” We are comdemning this unjust and unfair killing of innocent kid and we will ensure that the perpetrator must be brought to justice quickly and face the full wrath of law.” The statement stated.

The Group urged all the stakeholders to put their  hands on deck with a view  to ensuring that justice is served and the killer face the consequences of his babaric action.

” May Allah gives her family and good people in the state fortitude to bear this great loss.” The statement prayed.

President Buhari’s Reference to Lagos not Directed at Tinubu – Presidency