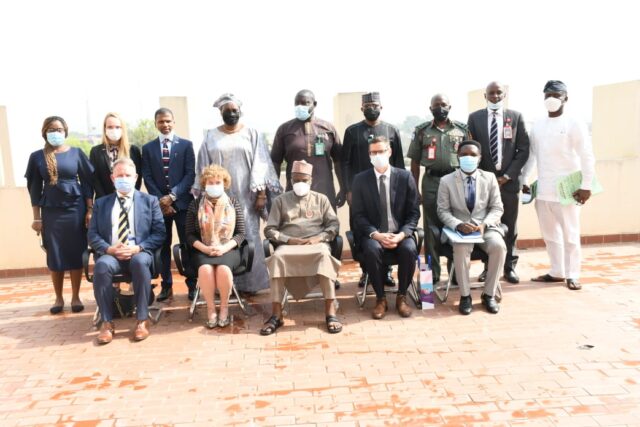 This is with a view to joining the Voluntary Principles Association ( VPA) towards working to improve Security and Human Rights performance.

General Magashi made the commitment at a meeting with the 7- man delegation of the Group held at the Ministry of Defence Headquarters, Ship House Abuja.

He expressed satisfaction with the Multi – Stakeholders approach being adopted to improve Human Rights Performance within the public and private Security Sectors. 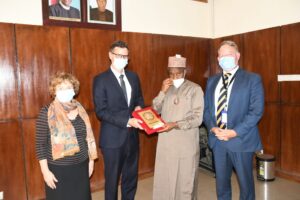 The Defence Minister promised collaborative efforts with the other relevant Ministries in a wide of variety of activities relating to Voluntary Principles on Security and Human Rights advocacy and training.

In their separate remarks Assistant High Commissioner, Canada, Kevin Tokar, British High Commissioner Catriona Laing and Australian High Commissioner Jonathan Ball appreciated the Minister of Defence for his enthusiasm to join and participate in the Voluntary Principles to protect human rights and security.

They disclosed that ten Countries including Nigeria have been initiated into Voluntary Principles Association (VPA) that are doing well in carrying out the core Mandates of the group.

” It is on record that Nigeria is Strenghtening Security Governance environment to mainstream the protection and promotion of human rights within National Security architecture”.

15 Year Old Girl Falls Inside Water and dies In Kano.