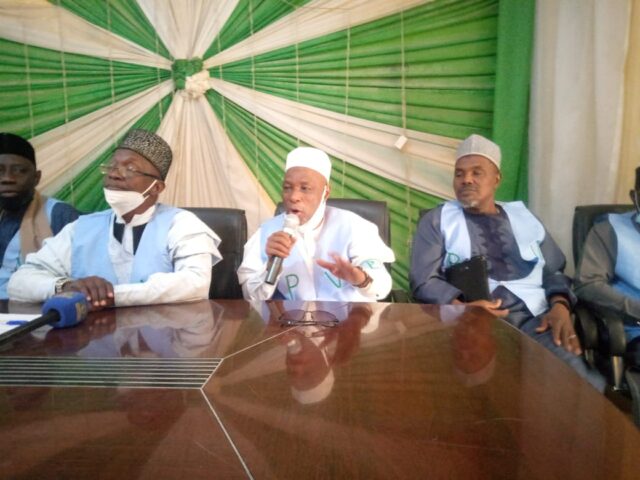 Members of the Patriotic Volunteers in Kano said they are determined to entrench a viable political culture and spirit of Volunteerism to promote good Citizenship, credible leadership and good governance in Nigeria.

Making the disclosure in a speech he read on behalf of the group during a Press Conference held at the NUJ Press Centre on Sunday a Former Commissioner of finance in the state Alhaji Da’azumi Gwarzo who was also the Spoke person of the group said the Patriotic Volunteers Association was born out of the desire to established a system of good leadership and governance in conformity with international standards, Conventions and norms.

Gwarzo said the Association was formed out of the desire to contribute in the conduct of producing credible Candidates by parties which in effect will ensure effective and accountable leadership across the board.

He said other measures put in place by the association include registering the association with the Corporate Affairs Commission (CAC) while efforts are under way to reach out to other groups and Non Governmental Organisations (NGOS) with similar programs and ideals for collaborations and synergy purposes.

He said in order to keep proper records of their membership strength a book is provided to register interested individuals in each ward. Adding that an identity card will be issued also to every registered member as well as the adoption of a light blue jacket .

The Spokesman said the Patriotic Volunteers Association is out to go against money politics as a means of sanitising Political participation based on patriotic considerations.

” Since we have borrowed our pattern of democracy from the U.S.A we need to imbibe the culture of Volunteerism as that will help the system to grow. He said In America electorate use to contribute negligeable amount of their earnings to support the Candidates of their choice . And this had been the practice during the first Republic when Nigerians partook in politics based on strong party convictions and the urge to produce credible leadership.”