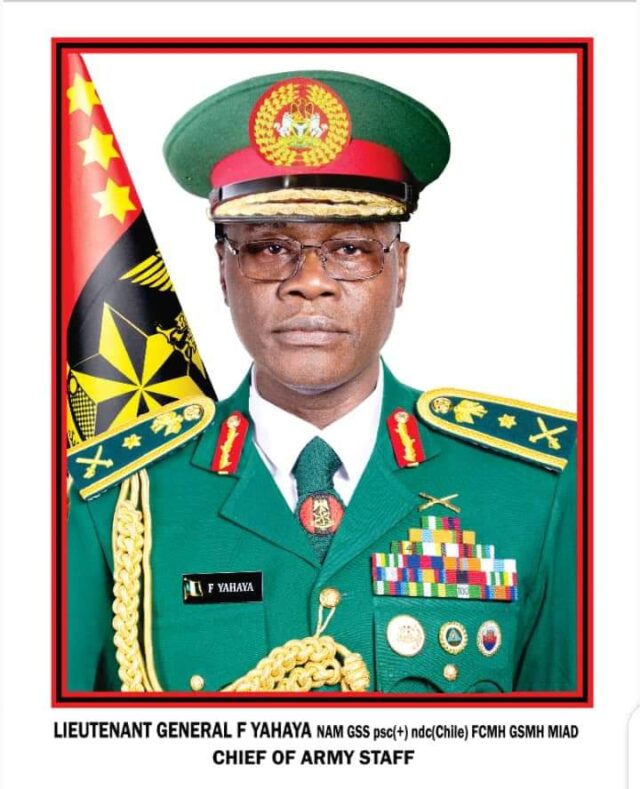 The Chief of Army Staff(COAS), Lieutenant General Faruk Yahaya has felicitated with officers, soldiers and their families on the occasion of the Armed Forces Remembrance Day Celebration (AFRDC) 2022.

The COAS conveyed his felicitation in a Goodwill Message on Friday 7 January 2022 at the Army Headquarters, Abuja. In his goodwill message, Gen Yahaya noted that the Celebration, is organized annually in recognition of fallen heroes; gallant men and women, who paid the supreme price in the defence of peace, unity and prosperity of our dear nation, Nigeria and the world at large.

Read Also: DISCLAIMER: Army is not constructing ruga settlement in any part of south east
He reiterated that many of the fallen heroes laid down their lives during the First and Second World Wars, Nigerian Civil War, Peace Support Operations across the globe and various Internal Security Operations, including ongoing fight against insurgency, terrorism, banditry and secesionism, amongst other threats to national security.

The COAS maintained that their sacrifices will never be forgotten and prayed for the repose of their souls.

The AFRDC, he said also presents an opportunity to honour veterans who are still alive.

He stressed that many of the veterans regrettably sustained varying degrees of injuries in the course of their service to the nation and humanity.

He added that care for the injured and maimed personnel will remain a cardinal focus under his command.

While appreciating troops for their sacrifices in achieving success across all spectrum of operations conducted by the Nigerian Army(NA), he urged them not to relent but to sustain and consolidate on the successes recorded so far.

The COAS called on officers and soldiers of the NA to be loyal to constituted authority and ensure greater collaboration and synergy with sister Services and other Security Agencies in the pursuit of peace and security in Nigeria.

He equally used the medium to reaffirm the unalloyed loyalty of the NA under his watch to the President, Commander in Chief of the Armed Forces of Nigeria, President Muhammadu Buhari and the Constitution of the Federal Republic of Nigeria.