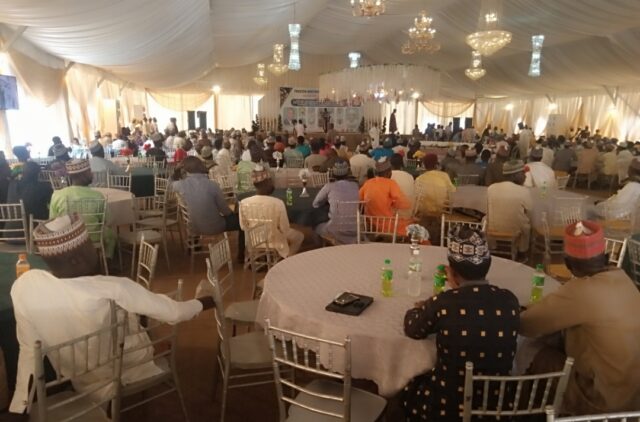 The Kano Commander of the NDLEA disclosed this during a one day seminar on effect of drug abuse on security in the society and its negative impact to the National, social and economic development organized by Trusted Northern Youth Awareness, an NGO, in collaboration with office of the Deputy Senate President, National Assembly, held in Kano.

He said the Agency had last year successfully rehablitated 157 Persons from addiction and consumption.

He maintained that the raid was carried out after an intelligence report from a good Samaritan.

He pointed out that Nigeria has regained its lost glory in International space with the coming of new NDLEA that adopted holistic approach in fighting the scourge.

The NDLEA Boss in Kano commended Kano State Government for coming up with the policy of drug test among any persons seeking for appointment or political office in the state.

He similarly extended his commendation to the Kano State Emirate Council over the policy of drug test before appointing any traditional title holder or religious leader in the state.

Earlier, the National President of the Trusted Northern Youth Awareness, Muhammmad Sani Ibrahim said the program was organized to support the Federal Government’s efforts in curtailing drug demand and supply in Nigeria.

He said the aim of the program was to sensitize youths on the dangers associated with drug abuse.

He stressed that Youths are the backbone of every developed society, noting that drug abuse is a threat to national security, political and socio – economic growth in society.

The National President of the Group urged all key stakeholders to join hand together with the view to curtailing the menace of drug marchant and abuse.

The Analyst emphasized that taking drug without prescription from medical personal was amount to drug abuse urging public to refrain from such ugly trend.