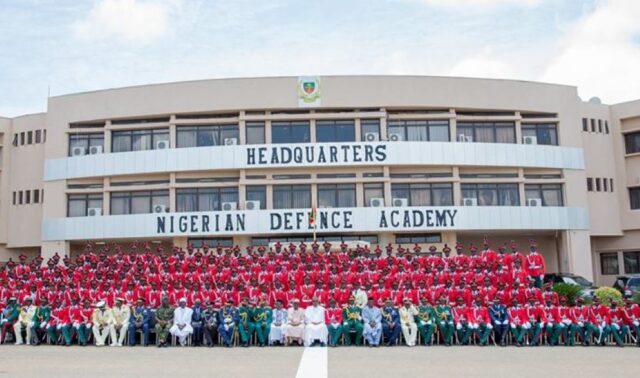 He said the Exercise was designed to test the cadets leadership skills, physical fitness, as well as command and control abilities, among other military competencies.

The Exercise is an important military training activity used in ascertaining the preparedness of the Army cadets for commissioning as Officers into the Nigerian Armed Forces.

” Phases of the Exercise that would take place in Plateau State include Map Reading Exercise at Heipang and Adventure Training at the Citizenship and Leadership Training Centre, Shere Hills, Jos, from 8 – 14 January 2022.

Consequently, communities living around Heipang and Shere Hills, Jos in Plateau State would observe mass movement of military personnel, vehicles and equipment in the general area from 8-15 January 2022.

” The Public Relations Officer advised not to panic but to go about their normal daily routine activities without fear,

” They are to however advised to report any breach of security to the nearest authorities.
Furthermore, Battle Inoculation, which would involve live firing of small arms, amour and artillery weapons will be conducted from 20 – 29 January 2022 within the Military Exercise Area near Nigerian Army Base Camp, Kachia.

” Therefore, locals around ANINKWA, INSAME and neighboring communities are advised to stay away from the live firing area during the period of the exercise.

” On our part, all necessary safety measures and arrangements have been put in place to ensure safety in the exercise areas.

” We wish to appeal for cooperation from the local communities directly affected by the Exercise and Nigerians as a whole as we train future military leaders for our Armed Forces.”

” You are please requested to use your medium to enlighten the general public, particularly the inhabitants of the aforementioned areas.”

” While thanking you for your usual cooperation, please accept the esteemed regards of the Commandant, Nigerian Defence Academy”. The statement maintained.

Thinklab – Building a startup team to fix science and government