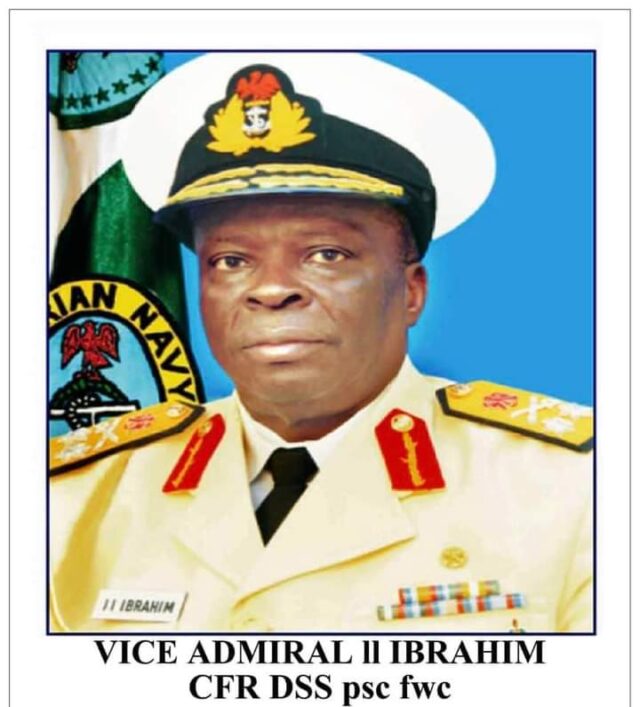 The Nigerian Navy says it has regreted to announce the passing on to glory of a former Chief of the Naval Staff and Chairman, Board of the National Inland Waterways Authority, Vice Admiral Ibrahim (rtd) CFR which occurred on 4 January 2022.

In a statement by Commodore Suleiman Dahun, Director Information, Nigerian Navy said the late Chief of the Naval Staff was in active Service for 35 years and died at the age of 69 years.

The statement also said the late Chief of the Naval Staff served the nation in various capacities.

“Thereafter, he served as the Deputy Defence Attaché in Cotonou, Republic of Benin. The late Admiral was also the Chief of Logistics Naval Headquarters and later Flag Officer Commanding Western Naval Command.

” He was the Flag Officer Commanding Naval Training Command before his appointment as the Eighteenth Chief of the Naval Staff”.

Commodore Dahun noted that the burial arrangement would be communicated in due course.