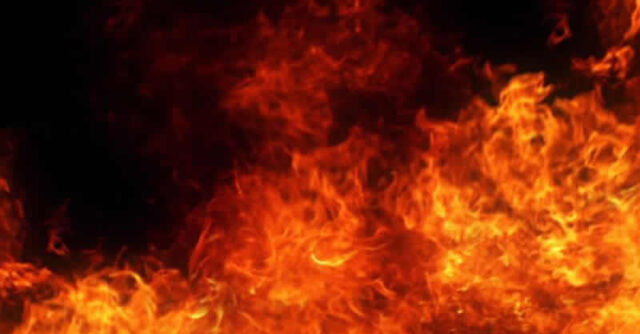 Kano State Fire Service has said that over N660 million properties have been destroyed by fire incidences occurred across the state in 2021.

Saminu Yusuf Abdullahi, Public Relations Officer, SFS, who made this known in a statement said in 2021 under review, Kano State Fire Service recieved both fire, rescue, and false alarm calls.

He also said in 2021, 831 fire calls were recorded from 27 fire stations across the state, saying 818 rescue calls were attended by officials of the Service.

Mr Abdullahi maintained that from January to December 2021 in Kano, 201 false alarms were recorded.

He explained that 98 Persons died from the total number of 113 victims fell inside ponds or rivers while swimming.

The Public Relations Officer, further maintained that, last year under review, no fewer than 37 persons were trapped inside a well and from the  number, 27 victims died.

The PRO pointed out that, in difference incidences 182 lives were lost from January to December 2021.

He stated that men of the state fire service saved estimated properties worth N1,579,706,274 from January to December, 2021.

According to him, during raining season last year, 2 buildings collapse were reported, maintaining that one person
electrocuted at Kofar Nassarawa Railway cabin was rescued.

Mr Saminu Abdullahi added that 14 peoples who fell sick on the road were conveyed to hospital for medical treatment, adding that 6 persons were found dead in their destinations.

He further called on motorists to abide by the traffic law with the view to curtailing Road Traffic Crashes. (RTC)

The Director also enjoined parents to be vigilant on children’s movement more especially for local swimming in a ponds, Rivers and any other dangerous places.

BREAKING: Chief Of Army Staff Dies in a Plane Crash