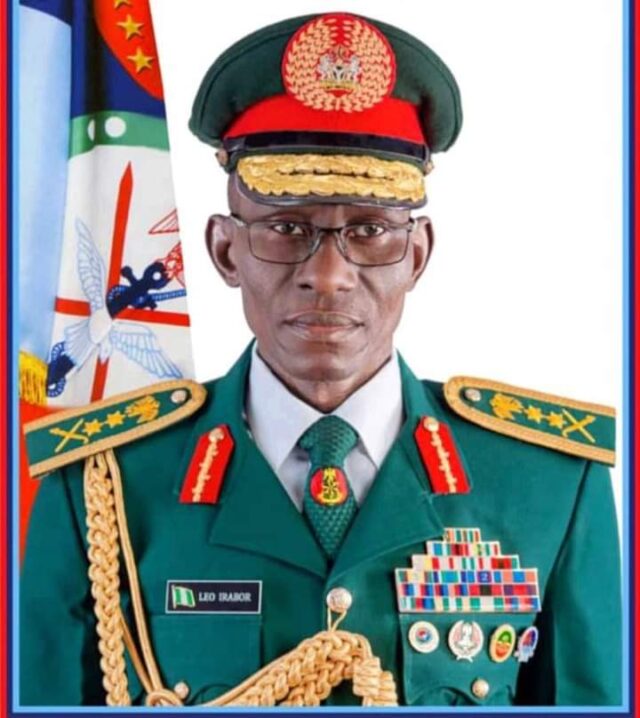 The Chief of Defence Staff (CDS), Gen Lucky Irabor has commended personnel of the Armed Forces of Nigeria (AFN) for their outstanding performance in ensuring a safe and secure country throughout 2021.

The CDS gave the commendation in the spirit of the new year celebration.

Gen Irabor saluted the men and women of the AFN for their loyalty, doggedness, endurance, courage, and gallantry in keeping the nation safe and secure.

Gen Irabor said that AFN troops have displayed uncommon resilience and courage in the face of danger while surmounting the myriad of security threats.

In his words, “in-retrospect, the end of 2021 affords the AFN unique opportunity to remember the sacrifices of it’s men and women who work in extreme conditions in trenches, in fields and in far-flung places away from the comfort of their loved ones to keep Nigerians safe and secure.”

The Defence Chief maintained that the AFN has continued to discharge its constitutional mandate of maintaining the territorial integrity of our nation, suppressing insurrection and acting in aid of civil authority to restore order when called upon to do so.

This he said, is in the light of violent, irregular, complex, and manifestations of contemporary as well as evolving national security challenges.

Gen Irabor expressed commitment of the Federal Government towards providing the essential requirements of the AFN.

He added that President Muhammadu Buhari recently reiterated his unwavering commitment and support to the AFN.

He urged personnel to continue to cherish esprit de corps in the conduct of their duties at all times, while pledging loyalty of the AFN to the President, Commander-in-Chief and the Constitution of the Federal Republic.

The CDS paid glowing tribute to the Nation’s fallen heroes including the late former Chief of Army Staff, General Ibrahim Attahiru. According to him, the AFN will never forget their sacrifices in line with the spirit and letters of the national Anthem which is “the labours of our heroes’ past shall not be in vain”.

The CDS used the occasion to wish members of the AFN good health, personal happiness and success in 2022.