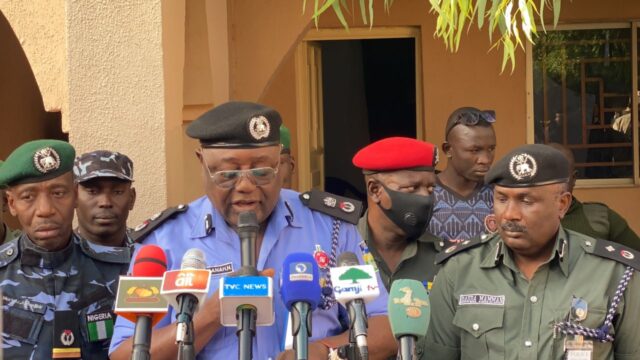 The Commissioner of Police, Zamfara State Command CP Ayuba Elkanah has said that Police Tactical Operatives in collaboration with Military and Vigilante have rescued ten kidnapped victims, including a year old baby at Gada Village in Bungudu LGA of Zamfara State.

The Commissioner of Police Ayuba Elkanah confirmed the development at a press briefing, held at the Command’s Headquarters, Gusau.

He said on Wednesday at about 0335hrs, armed bandits in large number invaded Gada village in Bungudu LGA where they attacked the house of the District head of Gada Alhaji Umaru and killed him along with four (4) other villagers and kidnapped some community members.

The Commissioner maintained that the Police Tactical operatives in collaboration with Military and vigilante responded promptly and engaged the assailants to a serious gun battle. 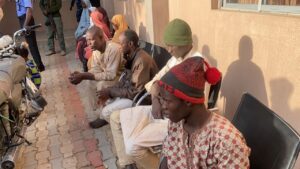 Acccording to him the joint tactical teams were able to disperse the hoodlums, rescued Ten (10) kidnapped victims including a one year old baby.

“Presently, normalcy has been restored in the affected area and its environ with improved confidence building patrol.”

Court orders hearing notice to be served to Dan,azumi Gwarzo

MAHDI SHEHU: THE SHAM AND SHAME OF A WITLESS WHISTLE BLOWER