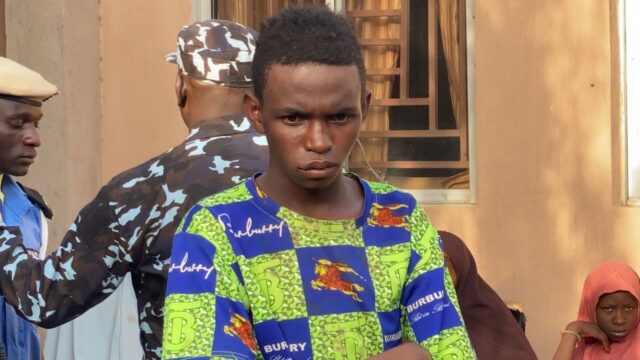 One Sani Mati popularly known as Mai Yanmata, a Suspected Notorious bandit who alleged to have been specialized in kidnapping, banditry, cattle rustling and other heinous crimes in Shinkafi, Zurmi and Birnin Magaji LGA,s of Zamfara State has been arrested by Police in Zamfara State. 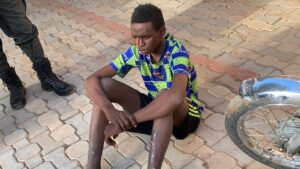 CP Ayuba N. Elkanah, Commissioner of Police in Zamfara State Command, disclosed this at a press on Wednesday

According to the CP ” On the 28th December, 2021 at about 0500hrs, Police Tactical operatives deployed along Zurmi axis while on confidence building patrol acted on intelligence information that led to the arrest of a notorious bandit, named Sani Mati a.k.a Mai-Yanmata ‘M’ a 20 year old who held from Mayasa village in Zurmi LGA.” 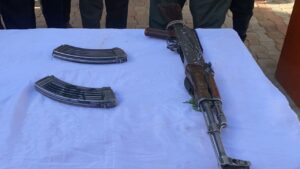 He said the suspected bandit who was arrested while trying to block the road and kidnap innocent commuters at a village called Koliya, was earlier belongs to Turji’s camp and now operating under a notorious bandits’ kingpin Kachalla Sani Black, who operates at Zurmi, Shinkafi and Birnin Magaji axis respectively.

He explained that Maiyanmata was arrested with his operational AK-47 rifle, double magazines with 3 rounds of live ammunition and one Boxer motorcycle. 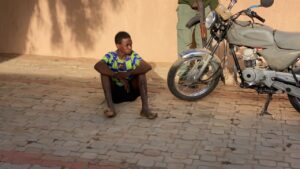 CP Elkanah maintained that the Suspect is currently undergoing discreet investigation aimed at arresting his partners in crime, before being charged to Court for prosecution.