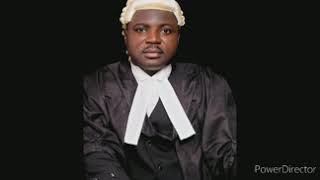 Justice Watch News earlier reports that the court admitted the Defendant to bail on condition of any Executive Member in the NBA Branch the defendant registered, in addition with any other reliable person as surety.

In his prayer, the defense counsel, Barrister A.A Sani told the court that the defendant could not meet the requirements of bail conditions.

He urged the court to relax the conditions noting that his client has been in detention for over 40 days.

He maintained that the Defendant is a Legal Practitioner, praying the court to admit him to bail on personal recognition.

Read Also: Kano based Lawyer Docked for Alleged Forgery and Breach of Trust

Barrister Sani AA told the court that he made his application pursuant to section 342 of the Adminstration of Criminal Justice Law 2019 of Kano State.

In his ruling, the Presiding Judge Halliru Abdullahi relaxed the condition as prayed, by removing executive member of NBA as condition of the bail.

He ordered the defendant to produce two Households who will stand as his surety, and accordingly adjourned the case to 13th January, 2021 for hearing.