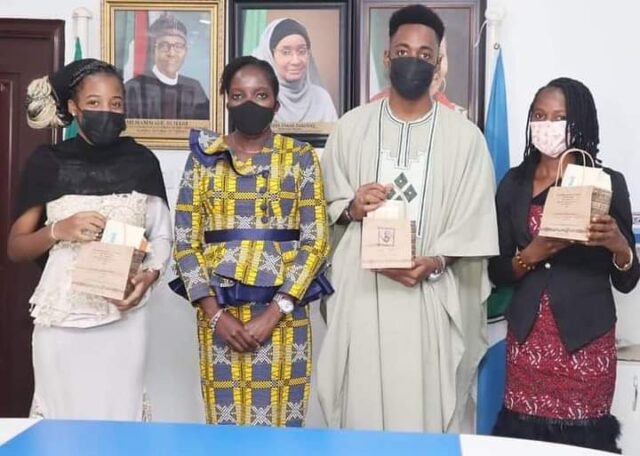 The Social Media Competition forms part NAPTIP activities for the just concluded global 16 Days of Activism against SGBV in Nigeria.

The DG NAPTIP in her speech, commended the participants for their efforts and encouraged them to keep up the good work, by also encouraging other youths to always speak up whenever they are physically, sexually or emotionally abused.

The Awardees responded briefly in appreciation to NAPTIP for the opportunity and stated their readiness to continue in the part of service to humanity.

The prizes were given to the awardees and complimented alongside picture photographs.