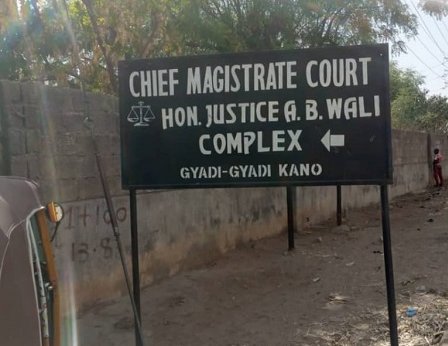 A Chief Magistrate Court sitting in Kano, on Thursday, ordered the remand of a 38-year-old teacher, Sukairaj Kabir, in a Correctional centre for allegedly raping his 15-year-old mentally ill student.

Kabir, who resides at Rimin Auzunawa Quarters Kano, pleaded not guilty to a two-count charge of rape and cruelty to child.

The Chief Magistrate, Mustapha Sa’ad-Datti, ordered that the defendant be remanded in a Correctional centre.

He adjourned the case until Jan.10, 2022 for further mention.

Earlier the prosecutor, Barrister Asma’u Ado, told the court that the accused committed the offences between 2018 and 2021 at Tudun Yola Quarters Kano.

Ado alleged that the defendant being the class teacher of the mentally ill girl, consistently lured her into a class room of an Islamic school situated at Tudun Yola Quarters Kano.

“The defendant had unlawful sexual intercourse with the girl for four years now, since at the age of 12-years-old”

The prosecutor said that the offence contravened the provision of sections 283 and 238 of the Penal Code.

How To Use Basic Design Principles To Decorate Your Home