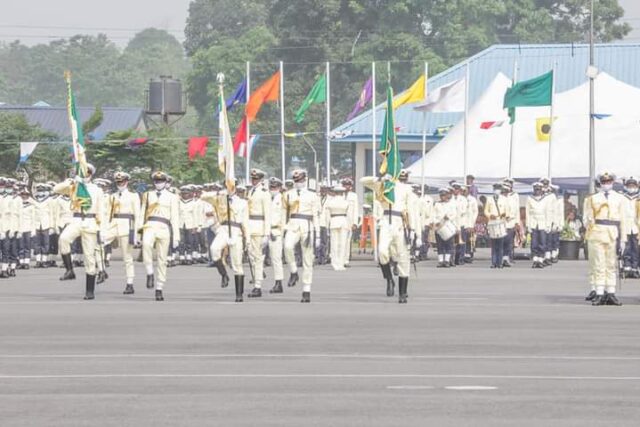 The Chief of Naval Staff CNS Vice Admiral Awwal Zubairu Gambo has said that Navy Board on Tuesday approved the promotions of 56 naval officers to various senior ranks in the Nigerian Navy.

In a statement by Commodore Suleiman Dahun, Director Information, Nigerian Navy, said breakdown of the promotion released showed that 35 captains were elevated to commodore while 21 commodores were promoted to the rank of rear admiral.

Commodore Dahun maintained that in an earlier approval, 81 commanders were promoted to the rank of Captains.

” The Chief of the Naval Staff, Vice Admiral Awwal Gambo on behalf of officers, ratings and civilian staff of the Nigerian Navy, rejoices with these newly promoted senior officers and their families and charges them to rededicate themselves to their responsibilities and remain loyal to the nation and the Commander-in-Chief of the Armed Forces of the Federal Republic of Nigeria, President Muhammadu Buhari GCFR.” Commodore Suleiman Dahun added

Senate to amend laws infringing on rights of Nigerian women