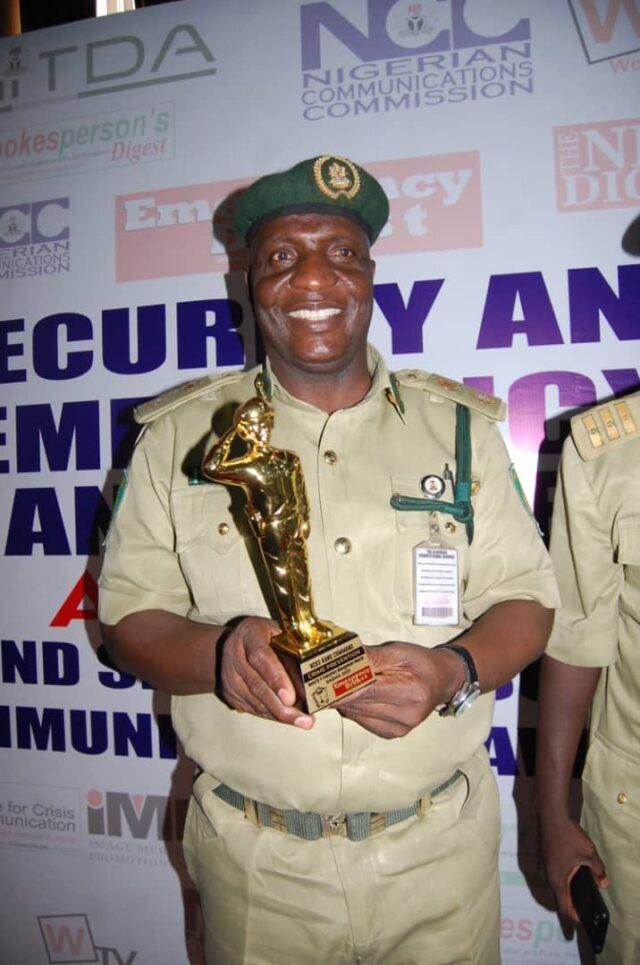 In a statement by DSC Musbahu Lawan K Nassarawa, CPRO Kano Command said that the Award was given in a colourful occasion held on Saturday at Nicon Luxury Hotel Abuja.

Also Read: UNDP, Japan Supports Nigeria’s Virtual Court Facilities In Correctional Centres
He pointed out that Suleiman expressed his happiness on the award and thanked the management staff of the command for their efforts in making the service winning the award.

He thanked the CGC Halliru Nababa, for his support and direction towards achieving the success.

He further thanked the kano state government and other security agencies in the state for their supports, synergy, cooperation, collaboration and coordination in working hand in hand to acheived the security of the state.

DSC K Nassarawa noted that among the dignitaries at the event was the Controller General of Correctional service represented by ACG Abu Sanu and National PRO and others invited guest from the various agencies and Security operative.

Man, 30, Arrested With 35kg of Marijuana in Jigawa