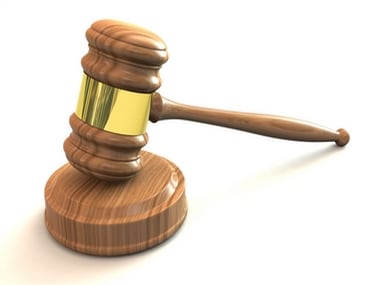 ” We are seeking the leave of this Honourable Court to order the court processes be served on unknown persons making construction, by pasting the summon on the building,”

Consquently in her ruling, Justice Maryam Sabo granted the ex-parte application as prayed by counsel to the Applicants.

It could be recalled that Alhaji Wurji Muhammmad and 64 other Applicants approached the court challenging Kano State Government and other 3 Respondents seeking the court to restrain them from tempering with their residential plots situated at Northwest University ( now Yusuf Maitama Sule University).

In their motion papers, the Applicants claimed that after allocation of their plots, they enjoyed peaceful possession for some years undisturbed stressing that they started processing and secured permission from KNUPDA for the purpose of construction of their respective houses as per letter of grant issued to them by 3rd defendant in the suit.

According to the Applicants they noticed some construction is being conducted on some parts their plots without their approval.

They are praying the court to restrain the defendant from further act of constructing and building exercise on the portion of their plots, pending the hearing of motion on notice.

The Court adjourned its sitting to 21st of January, 2022.