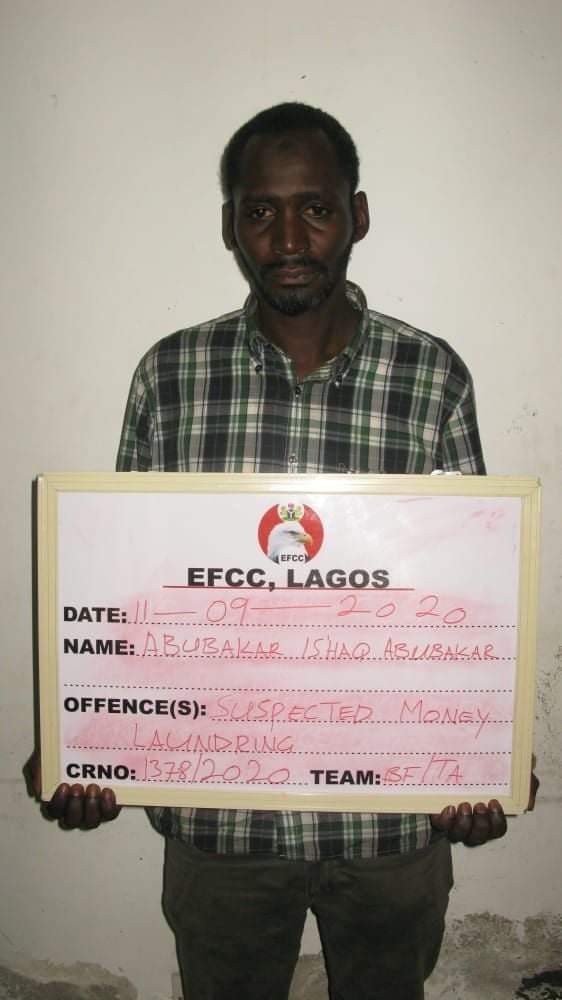 The Economic and Financial Crimes Commission (EFCC), yesterday, arraigned before a Federal High Court sitting in Lagos, a Dubai-bound passenger, Ishaq Abubakar, for being in possession of 2886 Automated Teller Machine Cards (ATM Cards).

He was arrested sometime in August this year while attempting to smuggle the said ATM cards to the United Arab Emirates (UAE).

However, the EFCC upon conclusion of investigation, filed 11 counts charge of illegal possession of just 10 ATM cards as against 2886 cards found in his possession.

Also Read: Gwandu Emirate Tussle: Supreme Court Slams Two Year adjournment, Case shifted to Nov 2023
During his arraignment, EFCC’s prosecutor, Mr. Sulaiman I. Sulaiman, told the court that the defendant, was arrested on August 22, 2020, with 10 ATM cards issued by different banks to different persons, which he intended to take to Dubai.

Sulaiman told the court that the offence committed by the defendant, was contrary to and punishable 34 and 33(4) of Cybercrimes (Prohibition and Prevention ETC) Act 2015.

The defendant pleaded not guilty to the charges, when it was read to him.

Following his plea of not guilty, the prosecutor asked the court to remand him in the custody of Nigerian Correctional Services (NCoS) till the determination of the charges.

Responding, defendant’s counsel, Mr. George Ochima, informed the court of his client’s pending bail application, which he said was served on the prosecutor.

In his ruling, Justice Peter Odo Lifu, held that the offences which the defendant was charged were bailable.

Consequently, Justice Lifu granted him bail in the sum of N50 million with two sureties in like sum.

Justice Lifu also ordered that one of the sureties must be a landed property owner within the Court’s jurisdiction, and the other must be a Grade Level 14 Officer in any Government establishment.

The judge also ordered that the sureties must show to court evidence of tax payment, means of livelihood, while ordering the defendant to deposit his traveling documents with court’s Deputy Chief Registrar (DCR). The trial has been fixed for February 18, 2022.