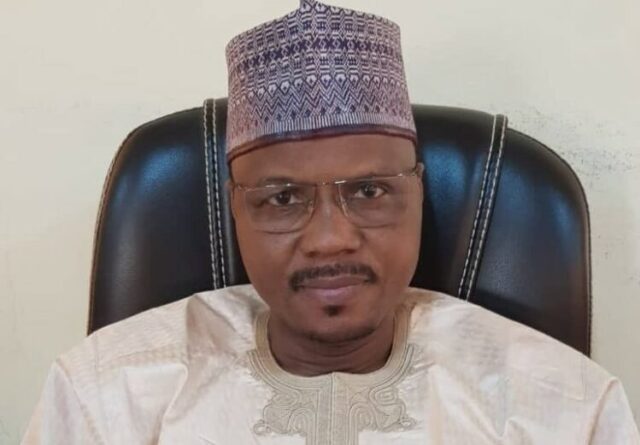 Katsina State Commissioner for Science and Technology, Dr Rabe Nasir, has been assassinated.

The commissioner was assassinated in his residence located at Fatima Shema Housing Estate in Katsina metropolis.

A family source said the body of the late commissioner was found Thursday evening.

“The body of the slain commissioner is still inside the residence as I speak to you now,” the source told 21st CENTURY CHRONICLE.

Another source said the body of the commissioner was found locked inside his toilet in a pool of his blood.

The commissioner’s whereabouts were unknown since Wednesday night.

“The body was found when one of the cooks went to Dr Nasir block and knocked without any response. He later observed some signs of blood inside the apartment.

Governor Aminu Bello Masari and some top officials had rushed to the deceased’s residence.

He worked with the Department of State Security (DSS) and Economic and Financial Crimes Commission (EFFC).

He was also a member of the House of Representatives between 2007 to 2011, representing Mani/Bindawa federal constituency.