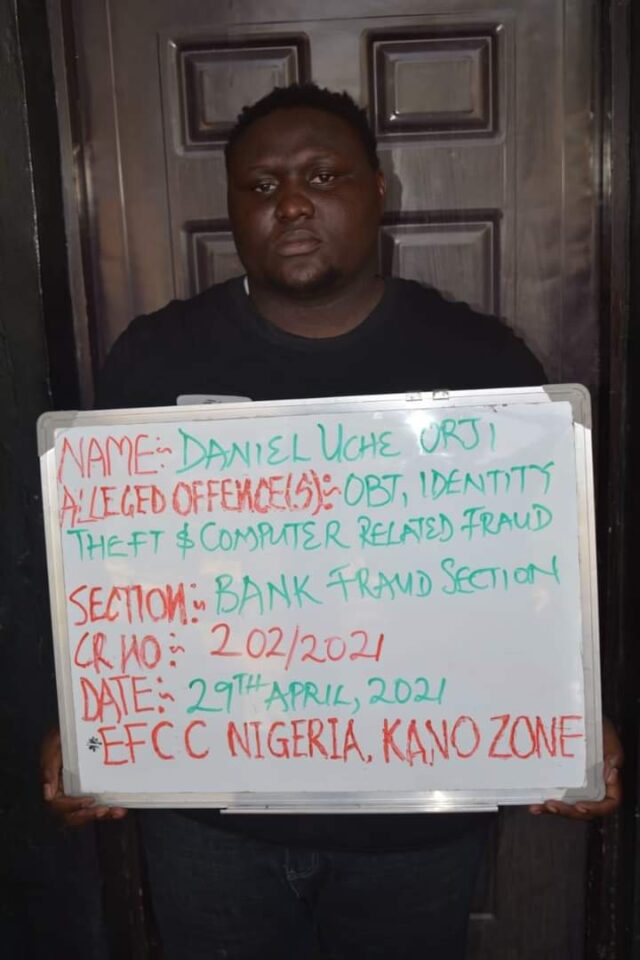 The Kano Zonal Command of the Economic and Financial Crimes Commission has secured the conviction of one Daniel Uche Orji before Justice A.M Liman of the Federal High Court sitting in Kano on one count amended charge of retention of proceeds of crime.

Upon receipt of the Intelligence, the convict was arrested at his residence. A Mercedes Benz GLK, two laptops, a printer and an IPhone 12 were recovered from him during the arrest.

The convict pleaded guilty to the one count charge when it was read to him. 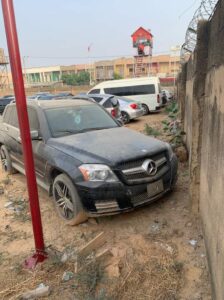 In view of his plea, the prosecution counsel asked the court to convict him accordingly.

Consequently, Justice Liman convicted the defendant and sentenced him one year imprisonment with option of N1, 000,000 (One Million Naira) fine.

The court ordered the forfeiture of item recovered from him to the Federal Government.