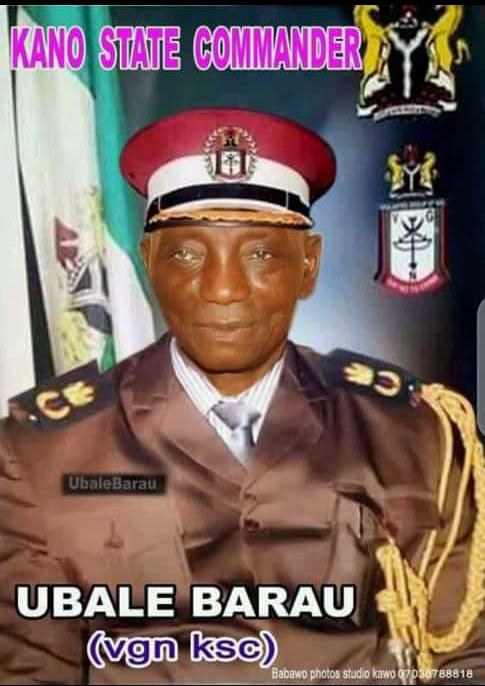 The Kano State Commander, Vigilante Group of Nigeria, (VGN) Ubale Barau Badawa has said that the Group under his watch will not relent in supporting security agencies to protect lives and property in the state.

Ubale Barau Badawa made the disclosure while speaking with Justice Watch.

Badawa through his Spokesman, Usman Muhammad Dandaji, who is also the Commandant of the Group in Fagge LGA of Kano state said the group will not detered from carrying out its legitimate functions despite having less support from Kano State Government.

The Commander lamented that the Group had formally requested a support from Kano state Government to participate in just concluded Training and Capacity Building Programme at Police Training School Kaduna but according to him neither State Government nor Local Government Chairmen responded positively to their demand.

He enjoined Kano state Government to stop politicizing the issue of Vigilante Group in the state stressing that the Group is not political and has nothing to do with politics as insinuated from other quarters.

He However called on  Senator Barau Jibrin and other Philanthropists to assist the Group with facilities to enhance their activities.

He maintained that Vigilante Group under the leadership of Commandant General Navy Captain Umar Bakori has no any faction in kano.

Badawa challenged people parading themselves as members of VGN to stop doing so, noting that Ubale Barau Badawa is only recognized State Commandant.

The Commander commended Alhaji Ahmad Idris, Accountant General of the Federation for constructing new State Secretariat of the Group at Ladanai in Nassarawa LGA.