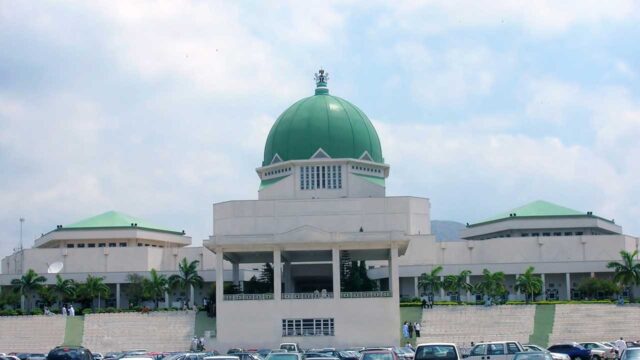 The Senate has explained why the National Judicial Council cannot disclose details of the annual budget of the judicial arm of government.

The red chamber explained that doing so could be counter productive as some of the items listed in the budget bordered on security.

The Chairman, Senate Committee on Judiciary, Human Rights and Legal Matters, Senator Opeyemi Bamidele, stated this while speaking with journalists shortly after he defended his panel’s 2022 budget report before the Appropriation Committee

He had earlier urged the panel headed by Senator Barau Jibrin to increase the N120bn allocated to the judiciary in the 2022 budget by N10bn.

He also sought the implementation of the recommendations of the National Assembly Summit on Security on improved funding for the judiciary.

Bamidele said the forum agreed, among others, on the need to add N5bn to the statutory allocation to the nation’s judiciary annually for a period of four years.

He also said the proposed funds increment would cater for the issue of virtual court proceedings billed to start next year.

Asked about the secrecy surrounding the budget of the judiciary, Bamidele dismissed it as a non-issue as he noted that it was not peculiar to the judiciary.

He said Nigerians should show more interest in the utilisation of funds instead of hammering on the details.

Bamidele stated, “It isn’t our responsibility to monitor their expenditure, but it is important that whatever is allocated under the National Judicial Commission is judiciously used.

“The secrecy you talked about isn’t peculiar to the judiciary. No one is asking about the budget of the Department of State Services or the National Intelligence Agency.

“It is because these are peculiar institutions that when it comes to overriding public interest and overriding national security, we have to be able to do such things in a way that the security of the country is not compromised as much as possible.

“I would have been more concerned if we were talking about the judiciary that has a budget of N1tn or N500bn. But we are talking about a judiciary, which is an arm of government with a budget that is not even up to one percent of the entire national budget.

“We may choose to create some sensation around the fact that we do not have the details of the judiciary’s budget. Public interest will be better served by the media, as the fourth estate of the realm, by asking that the budget of the judiciary should be at least one per cent of the federal budget.”

Bamidele said apart from the challenge thrown up by terrorism, there was the need to deploy technology in the dispensation of justice.