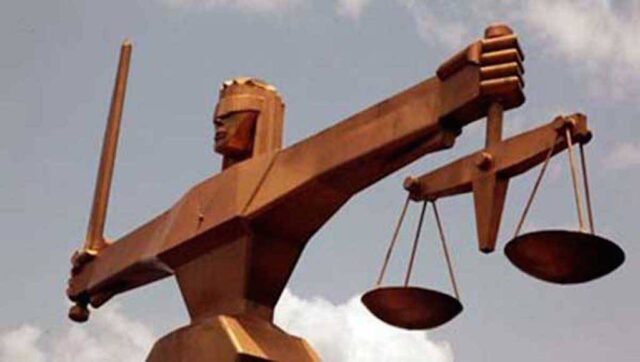 The fraud trial of Nicholas Mutu Ebomo, former chairman of the House of Representatives Committee on Niger Delta Development Commission, NDDC, continued before Justice F. Giwa Ogunbanjo of the Federal High Court, Abuja, with the fourth prosecution witness, Adamu Yusuf, an operative of the Economic and Financial Crimes Commission, EFCC, continuing his examination-in-chief.

Under cross examination by the defence counsel, E.I Ikwueto and J.O Asoluka, Yusuf affirmed that the investigation established that Mutu used his companies to obtain gratification from Starline Consulting Ltd, which proceeds he used to acquire properties.

He told the court that Starline Consultancy Ltd recovered more than N100bn as remittance from the oil and gas companies in the Niger Delta, pointing out that the second defendant, Airworld Technologies Ltd, who was not part of the contract’s execution, was paid the total sum of N320, 159,689.62, while the third defendant, Airworld Technologies Ltd, received the sum of N80m.

Other funds were disbursed into the accounts of private companies and individuals, including Forest Shippers Ltd, where the first defendant is a director.

Yusuf further disclosed that Starline Consultancy Ltd employed the services of Tareb Consultancy Ltd, an accounting firm, in the collection of levies from the oil and gas companies.

The investigation, he said, revealed that the consulting firm remitted more than N700m.

“Mutu in an attempt to cover up, contacted Tareb Consultancy Ltd to procure and forge documents and invoices to show that contracts were awarded and payments made to his companies.

“Unfortunately the letterheads, addresses, website and some features on these documents did not correspond with the ones submitted during the forfeiture process and those that reflected the payment process”, the witness said.

Show HN: ResMaps – See who is viewing your resume are looking