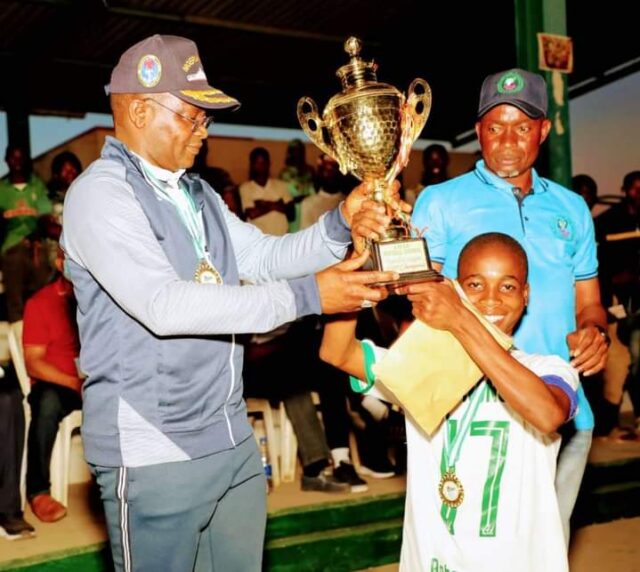 The Chief of Naval Staff Vice Admiral Awwal Gambo has reiterated Nigerian Navy‘s commitment to its partnership with Youth Sports Federation of Nigeria (YSFON). Admiral Gambo made the affirmation during the closing ceremony of the 18th edition of the CNS U-14 boys and 10th edition of NOWA U-17 girls’ soccer tournaments at the Old Parade Ground Sports Complex, Abuja.

The CNS stated that the partnership of the Nigerian Navy with YSFON which started 22 years ago was born out of strong conviction that it would help provide the needed avenue for youths to realize their enormous potentials that abounds especially at the grassroots. This partnership led to the establishment of NAVY/YSFON Football Academy located in Calabar. The CNS further stated that the tournament has become a competition of note where notable players have been discovered and nurtured to stardom, one of which is the Super Eagles and Leicester City FC striker Kelechi Iheanacho.

Admiral Gambo further stated that one of the ways to maintain an active, vibrant and potent youth population is to encourage participation in sporting activities. Therefore, supporting the staging of the tournament will continue to boost government’s efforts at eradicating criminality among youth.

He further added that the youth constitute a critical part of any group of people and tournaments of this nature would provide them with opportunities to channel their energies towards productive ventures.

Similarly a statement by Commodore Suleiman Dahun, Director Information, Nigerian Navy noted that CNS commended the organizing committee, coaches and media for contributing to the success of the competition.