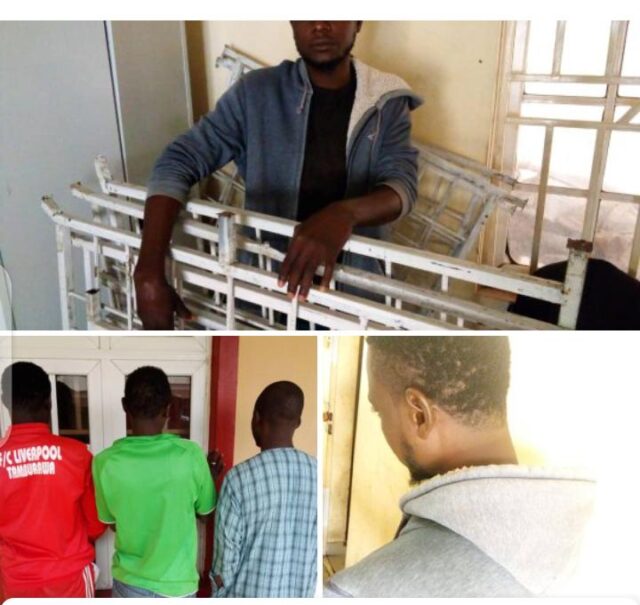 In a statement by DSC Ibrahim Idris Abdullahi, Civil Defence Public Relations Officer, Kano command said the suspect has alleged to have been terrorizing residents of Gurjiya Government Housing Estate of burglary and theft of valuable items.

The statement explained that the suspect, this time around, burgled and stole eight windows, including two doors inside a house at the Gurjiya housing Unit.

The statement similarly said also apprehended in connection with the nefarious act are Hussain Abdullahi, 30, Hafizu A Nuhu, 28, and Danladi Saminu, 22,

” The prime suspect, Ibrahim Bala while being interrogated by civil defence investigators confessed of committing the crime.”

“As soon as investigation into the case is concluded, the suspects will be prosecuted”.

” One of the core mandates of the NSCDC is protecting Government’s assets and infrastructure”.