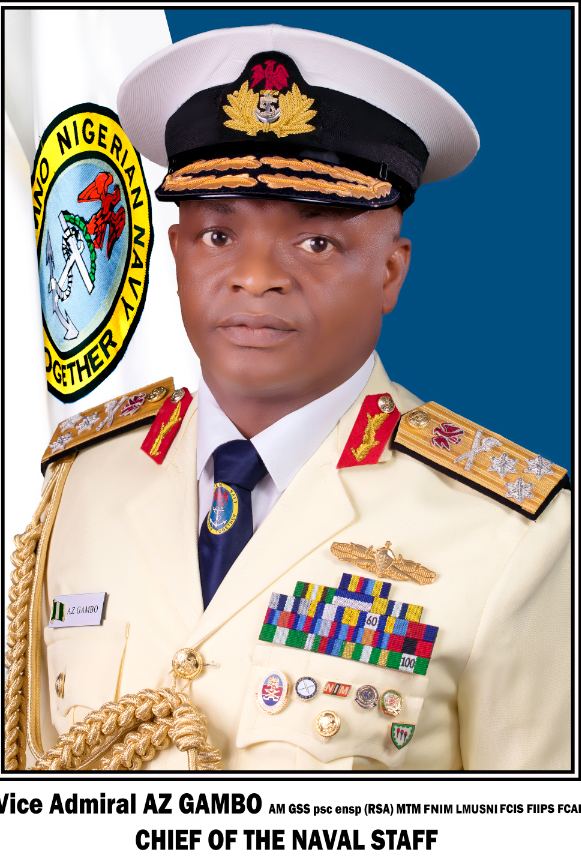 The Nigerian Navy has commenced the process of identifying naval personnel who are Polo players and Polo enthusiasts towards the establishment of its Polo Club.

Chief of the Naval Staff (CNS), Vice Admiral Awwal Gambo made this revelation at the weekend during the closing ceremony of 9th Polo Tournament held at the Keffi Polo Ranch, emphasizing that this would contribute to the development of the game of Polo in Nigeria.

He recalled that the Nigerian Navy family was formerly introduced to the game of Polo through a Polo Tournament organised by the Guards Brigade Polo Club as part of the events for the Chief of the Naval Staff Annual Conference 2021.

In a statement by Commodore Suleiman Dahun, Director, Information Nigerian Navy noted that Admiral Gambo observed that as a team sport, the game highlights the importance of building strong communication, developing leadership skills and team work among the players.

These attributes, he added, are quite instructive towards developing the desired comraderie needed to foster synergy and team work among personnel in the discharge of the security obligations.

The CNS lauded the organizers of the Polo Tournament for organizing the event which was in support of educational development in Nigeria. Admiral Gambo stated that education is regarded as the best legacy to bequeath to the younger generation hence the commitment of the Nigerian Navy towards the education and educational development of the children of its personnel including children and youths from its host communities through the establishment of welfare schools across the country.

He further stated that the Nigerian Navy is actively involved in the ongoing safe school initiative towards creating a safe and secured learning environment for children and youth across the country.

CNS also affirmed that the tournament is indeed a noble cause and means of collectively investing in the future of children and youth. He similarly expressed Nigerian Navy’s delight to be part of the laudable endeavour, adding that the initiative constitutes a modest contribution to the Federal Government’s efforts at providing quality education for the Nigerian child and youth.

The CNS appreciated the Patron of the Keffi Polo Ranch, Ahmed Wadada Aliyu and members of the organising committee for hosting the week long tournament.