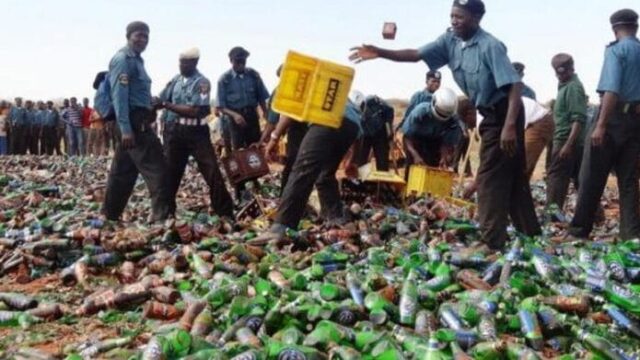 The Jigawa State Hisba command says it has arrested 44 commercial sex workers and confiscated 684 bottles of alcohol across the state.

State Hisba Commandant, Ibrahim Dahiru Garki disclosed this in an interview with newsmen in Dutse.

He said the arrest was made during a two-week joint patrol with sister security agencies at 17 towns of some local government areas of the state.

Dahiru Garki added that those arrested were handed over to the police for discrete investigation after which they will be charge to court to face their punishment.

He said the joint operations was in line with the State Government’s directives to close all the identified alcohol and other social vices joints across the State.

He also noted that the selling and using of alcohol and other illicit drugs and related social vices remained prohibited in all parts of the sate.

Also Read:Jigawa Court Sentences Man to Death by Hanging for Killing His Wife, Acquits 3 Others for Rape and Sodomy

He finally called on the people of the state to take care of any person or group of people who are not ready for law obeying the law of the state and report anything that lead to bring disunity and insecurity in any part of the state.