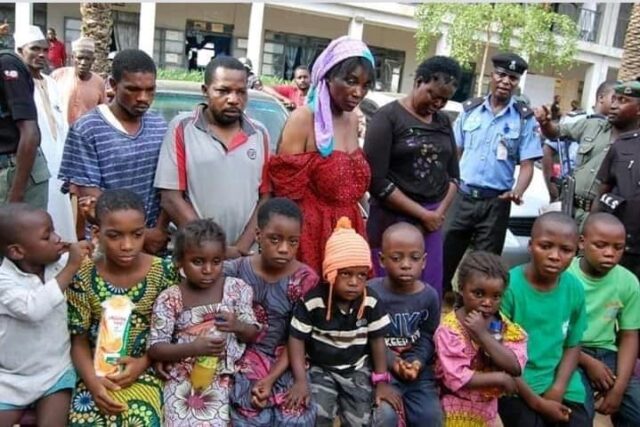 Kano State High Court presided over by Justice Zuwaira Yusuf has refused to admit bail applications to four defendants who have been standing trial before the court on the allegation of commiting 38 count charges ranging from conspiracy, abduction and kidnap of many children who were under 10 years and sold them at Onitsha in Anambra State between November and December, 2014 and 2015 respectively.

Justice Watch News similarly, recalls that the remaining 6 defendants admitted not guilty to their charges.

Consquently, Defense counsel applied for their bail, urging the court  to exercise its descration and admit their clients to bail, arguing that the Defendants are presume to be innocent until prove otherwise, under section 35 sub 5 of the Constitution of the Federal Republic of Nigeria, 1999 as amended.  The Defense further argued that what has been obtained in the charge was mere an allegations, praying the court to use its discretional power and admit defendants to bail.

In her ruling, Justice Zuwaira upheld that eventhought, bail is descrational power of the court but has to be exercise  judiciously for the interest of justice.

” The gravity of the offences, nature of the charges, severity of the defendants who will likely to jump bail”

Justice Yusuf further stated that the  fourth defendant who applied for bail on health condition and the  medical report she obtained from one private hospital in Enugu and tendered it as supporting evidence was not signed by any medical personnel.

She said that in law, any document which is not signed by relevant Authority is invalid and cannot be stand.

She therefore refused to admit all the 4 defendants to bail.

Meanwhile, the Court has  fixed 25th November, 2021 to hear all the pending applications by both the prosecution and defense counsel, and commencement of hearing.