The Chief of Defence Staff (CDS), General Lucky Irabor has called on the Army, Navy and Air Force War Colleges to institutionalise synergy in order to promote and sustain the ideals of joint operation exercises. 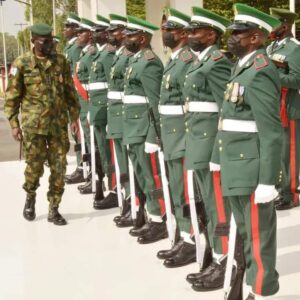 Gen Irabor said, Exercise Sky Lock 2021 marks the beginning of an enduring tradition in the Services War Colleges that would entrench the culture of joint planning in military operational leadership level, which is a vital tool in tackling the multifarious contemporary security challenges and future military operations. 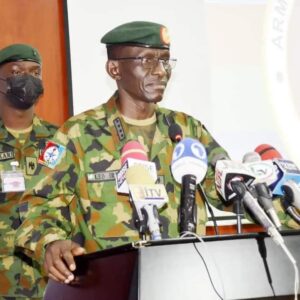 The CDS enjoined the war colleges to sustain the ideals of joint operations planning exercises, by institutionalising synergy, as evident in joint planning, training and collective effort in security operations.

He described the war colleges as laboratories and incubation centres for the production of military operational level plans, measurement of performance and effectiveness towards subsisting and reviewing of plans for enhanced effectiveness.

The Defence Chief maintained that the participants will gain requisite knowledge, skills and capacity, particularly in areas of operational art to enhance their professional judgment in a joint operations environment.

The Commandant, Army War College Nigeria (AWCN), Major General Solomon Udounwa, in his welcome address, expressed gratitude to the CDS and Service Chiefs for their commitment in actualisation of the exercise, after several previous attempts in the past 4 years.

Maj Gen Udounwa said, “realisation of the Joint Operations Planning Exercise 2021 underscores the CDS efforts to promote jointness in the Armed Forces and other security agencies.”

The Comdt further disclosed that the primary mandate of the Services War Colleges is to build as well as develop capacity and basic skills of military operational leaders in management of war and employment of military power across different domains and operational environments.

According to him, nearly five years since inception, the colleges’ alumni are contributing significantly to the ongoing military efforts in addressing insecurity in the nation.

He added that the Colleges could benefit more through deliberate efforts to promote joint academic activities. He posited that the conduct of JOPEX would foster further understanding and collaboration among the colleges while enhancing cooperation and camaraderie in the Armed Forces.

In a statement by Air Commodore Wap Maigida, Deputy Director, Defence Information, Monday, noted that prominent among the series of activities lined-up for Exercise Sky Lock 2021 would include planning and execution phases.

It maintained that the week-long exercise is expected to bring out significant takeaways, including need for continuous situation awareness by operational Commanders, proactiveness and reactiveness to incidences and synchronisation of response and efforts of all stakeholders.

Others are; the need for critical thinking geared towards effective planning and preparation, joint and inter-agencies cooperation with other security agencies as well as the importance of detailed, effective and realistic logistic planning.