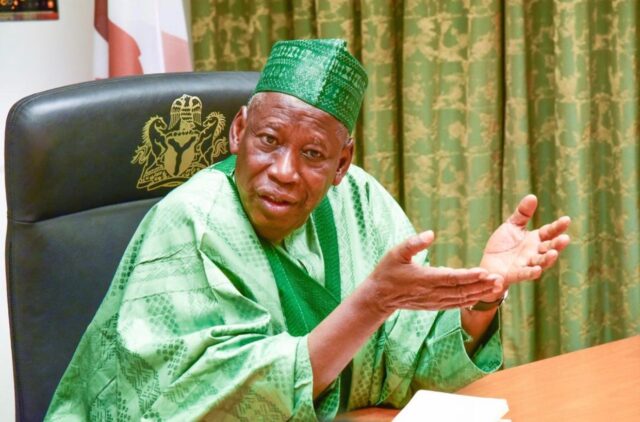 Governor Abdullahi Umar Ganduje of Kano state has commisirated with the families of five students who were involved in auto crash and passed away, leaving behind thirteen others admitted in hospital.

In a statement by Abba Anwar, Chief Press Secretary to the Governor of Kano State
Thursday, said
“We were shocked over the death of our children, the 5 students who died in auto crash on their way to Katsina state for Zonal students meeting. The information was sad and tormenting.

He prayed for Allah’s Blessing and Forgiveness to the reposed souls and prayed for quick recovery of other 13 students who were admitted in hospital.

What happened, according to the governor, “…is a tragedy for the state and the nation in general. They were young dedicated and responsible youth who chose to pursue education in order to move the society forward.”

Emphasising that, “They left us when we needed them. But our Creator, their Creator, Almighty Allah needed them the most. May He forgive all their shortcomings and reward their good deeds.”