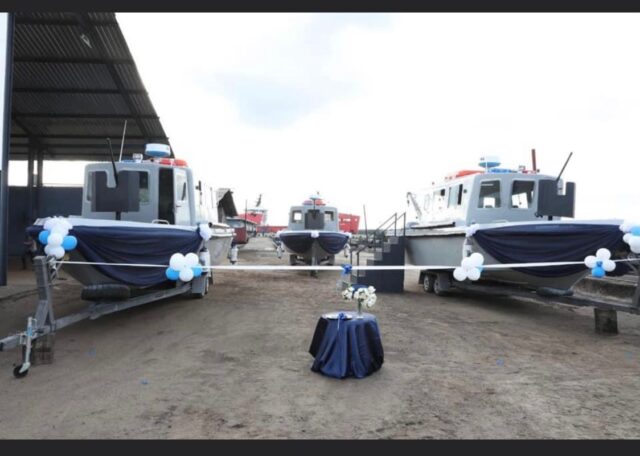 According to the Chief of Defence Staff who was also the Special Guest of Honour for the occasion, the decision to provide armoured gunboats for operations was informed by the need to provide added protection to troops in the discharge of the Armed Forces of Nigeria’s responsibility of ensuring safety and security of the nation’s maritime environment.

Speaking further, the CDS reiterated the confidence emplaced on the Naval Shipyard Limited by awarding the contract to construct the boats. In his words, “From all indications and from what we are seeing here today, the decision has proven to be a wise one. I must also state quickly that the decision was borne out of the need to support the shipbuilding capability of our Armed Forces in order to improve local capacity and expertise for the production of our defence needs”.

General Irabor further commended the Nigerian Navy and the Naval Shipyard Limited for achieving this feat despite the interruption of industrial, commercial and economic activities that emanated due to the outbreak of the COVID -19 pandemic.

He further stated that this achievement would be a boost to enhancing military presence within the waterways in order to mitigate maritime security challenges in the Niger Delta region of Nigeria. 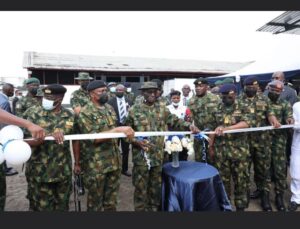 The General enjoined the end users of the ballistic gunboats to imbibe the culture of maintenance to ensure their longevity.

In his remarks, the Chief of the Naval Staff, Vice Admiral Awwal Zubairu Gambo stated that the construction of the Semi Ballistic Gunboats is yet another milestone achievement by the Naval Shipyard Limited in the provision of necessary support to the on-going effort at combating threats to the nation’s maritime interest.

Speaking further, Admiral Gambo said the protection of Nigeria’s maritime environment remains a key mandate of the Nigerian Navy hence the need for developing requisite capacity for ship building as well as provision of necessary logistics support for the sustenance of the fleet.

Therefore, the construction of the platforms and their subsequent induction into the maritime assets of the Operation Delta Safe would bolster the operational capacity of the Joint Task Force in the Niger Delta area.

The Chief of the Naval Staff expressed delight on the project and appreciated the Chief of Defence Staff for the patronage as well as trust and believe in the capability of the Naval Shipyard Limited to build the boats for the Defence Headquarters.

He said the achievement has contributed immensely to the development of expertise of the Naval Shipyard Limited and expectedly a cost saving option considering other competing demand for scarce resources.

Also Read: UK to train Nigerian Navy on fight against piracy, others

According to him, the endeavour also aligns with the Federal Governments agenda of encouraging local content towards developing indigenous capacity and reducing dependency on external vendors.

The Admiral reaffirmed that the Nigerian Navy will not relent in its effort at developing the capacity of the Naval Shipyard Limited stating that the Navy is exploiting partnership with the Presidential Implementation Committee on Technology Transfer to further develop the infrastructure and human capacity of the Yard towards national socio-economic development. 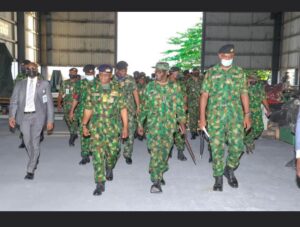 The event was graced by very senior officers from the Defence Headquarters and the Services.

Consider Timing and Consequences of your Action NBA Urges JUSUN.

Police In Kaduna Warns Protesters Against Violating Due Process