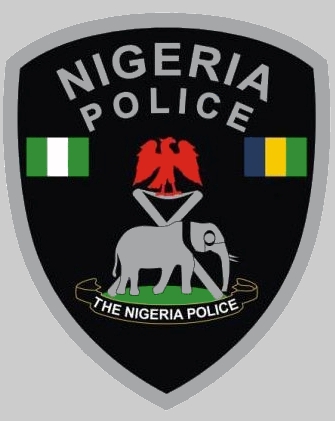 The Spokesman explained that on the 8th October, 2021 at about 10:00hrs, one Buhari Isah, ‘M’, aged 3oyrs, of Rinjin Goro village, Matazu LGA of Katsina state, reported at Matazu Division that on 6th October, 2021 at about 2030hrs, unknown gunmen invaded into their village Rinjin Goro and kidnapped his father, one Alhaji Isah Maigora, ‘M’, aged 60yrs to unknown destination.

Sp Isah maintained that the complainant further stated that, he was suspecting his brother Hamza Isah, the suspect was traced and arrested.

He further explained that In the course of investigation, suspect confessed to have conspired with one Auwal Magaji, ‘M’, aged 51yrs of Gidan Bukka Dissi village, Matazu LGA and gave him Talisman and other charms to burry in the house of his father to enable the kidnappers have access to the house and kidnap the father.

” Suspects confessed to the commission of the offence. Investigation is ongoing.

Sp Gambo Isah also stated that the command has within the period in review arrested two suspected Informers and Suppliers of fuel to bandits in their enclaves.

” On the 6th October, 2021 at about 1100hrs, the command succeeded in arresting one (1) Alhaji Arfat Lawal, ‘m’, aged 50yrs of Dan Jibga village, Tsafe LGA, Zamfara state, along Sheme – Yankara road, Faskari LGA of Katsina state, conveying three (3) generators and six generator tanks all filled with fuel in his Green, Golf III Wagon. Similarly, one Bello Salisu, ‘M’, aged 30yrs of the same address, was arrested on the same route with a gallon filled with fuel, all reasonably suspected to be supplies to bandits hibernating in the forest. In the course of investigation suspects confessed to the commission of the offence.”

” Muhammed Lawal, ‘M’, aged 25yrs of Feggi Quarters, Daura, a notorious car thief, a habitual criminal and ex-convict who specializes in carjacking. Nemesis caught up with the hoodlum when he stole a motor vehicle, Toyota Camry, 2000 Model, Green in colour, with registration number ENU 531 RJNAFIU, valued nine hundred thousand naira (N900,000), belonging to one Hassan Abdulkarim, a patient on admission at the Federal Medical Center, Katsina.

” In the course of investigation, suspect confessed to the commission of the offence. Investigation is ongoing.” Sp Isah stated.

In the same vein, the Spokesman pointed out that the command bursted and arrested suspected notorious syndicate of armed robbers who alleged to have been specialize in using police and army uniform to commit crime.

He maintained that on 13th October, 2021 at about 0700hrs, the Command succeeded in busting a notorious syndicate of armed robbers who specialize in impersonating the Nigeria Police Force and the Nigerian Army to rob unsuspecting members of the public of their valuables.

” The fact of the case was that, on the same date at about 0100hrs, suspects one Yahaya Armaya’u, alias “KOFUR”, ‘M’, aged 35yrs and Bashir Isiyaku, alias “SOJA”, ‘M’, aged 32yrs both of Yar-Kaware village, Kafur LGA of Katsina state, went to Mahangi village, Kafur LGA, in a motor vehicle Gulf, Saloon, black in colour, half dressed in both Police and Army uniforms, attacked one Zaharadin Yau, ‘M’, of Sheka village, Kafur LGA of the state, after intimidating him with handcuff that they were policemen and robbed him of his motorcycle Boxer, valued two hundred and thirty thousand naira (N230,000:00K).”

” In the course of investigation, one Nura Abdullahi, ‘M’, aged 29yrs of Kafur Township was traced and arrested as an accomplice and supplier of the Army Camouflage T-shirt. Suspect confessed to have used similar method and robbed four (4) Boxer motorcycles at Abuja, Malumfashi and Kafur.”

He added that exhibits recovered from the suspects include one Handcuff, one police face cap, one army Camouflage T-shirt, pair of canvas shoe and two black Jeans trousers. Investigation is ongoing.

He explained that on  11 October, 2021 at about 0100hrs, bandits in their numbers, shooting sporadically with AK 47 rifles attacked Sabon Sara village, Matazu LGA of the state and rustled unspecified number of cows and goats.

He also said Police Patrol Team, attached to Area Commander, Dutsinma, in collaboration with personnel of the Nigerian Army were alerted and mobilized to the area.

” The team strategically engaged the bandits in a fierce gun duel and succeeded in neutralizing many of them. They also recovered all the rustled domestic animals from the hoodlums”. He disclosure.

Local Government Employment Scam will not be tolerated In Jigawa – Badaru

Photo News: EFCC Chair in Lagos to Testify in a N1.4bn Fraud Case

JUST IN: I didn’t exonerate Kyari, I only ask for further probe – Malami