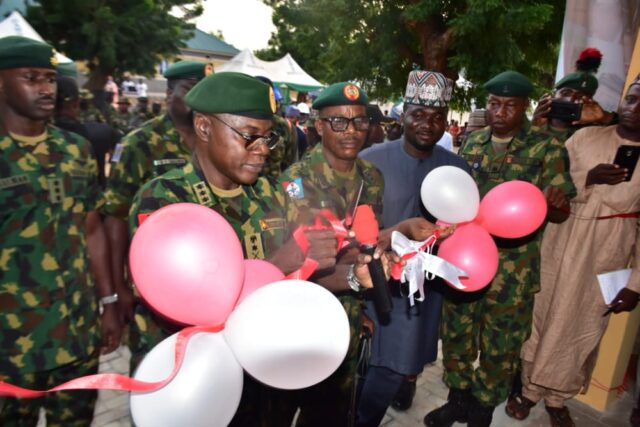 The blocks, which have the capacity to accommodate 120 families, will no doubt alleviate the accommodation challenges faced by personnel in the barracks.

The commissioning of the blocks was part of activities marking the COAS’ operational visit to 8 Division, Nigerian Army (NA). 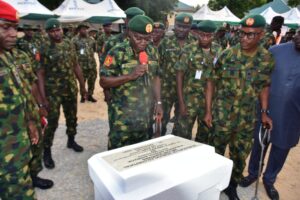 In a statement by Brig. Gen. Onyema Nwachukwu, Director Army Public Relations, said the COAS charged the personnel to be committed in the fight against banditry, noting also, that their welfare is paramount in the agenda of his command.

He stressed that troops must show utmost commitment in carrying out their assigned tasks, to decisively put an end to banditry in the north west of the country.

The statement also said General Yahaya cautioned troops to avoid any act of misconduct that could jeopardize ongoing operations, adding that disciplinary action will be taken against anyone found on the wrong side of the law. 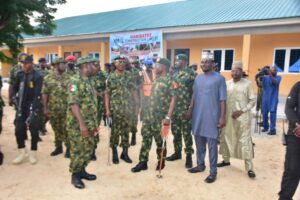 The statement also warned that any personnel linked with persons of questionable character will be sanctioned.

It noted that the COAS also visited troops deployed at Forward Operating Base, Anka, in Zamfara State, where he received briefings on Operation DUKAN GUDUMA I and III, recently conducted by the sector. 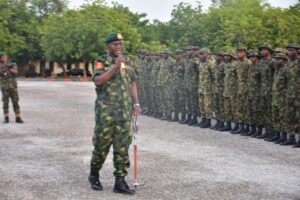 He urged the troops to maintain cordial relationship with the members of their host communities, in order to elicit goodwill from them.

General Onyema explained that the COAS equally charged personnel to intensify anti banditry operations to clear bandits’ enclaves within their area of operations. General Yahaya urged them not to relent in their effort to synergize with other security agencies to restore peace in their areas of deployment.

He assured troops that the NA is working towards mitigating some of the challenges debilitating the conduct of anti banditry operations. 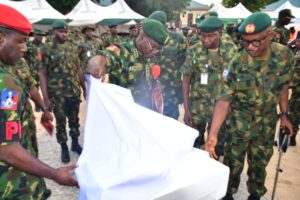 The statement further maintained that the COAS enjoined the troops to ensure proper handling and regular maintenance of their equipment, in order to prolong their life span.