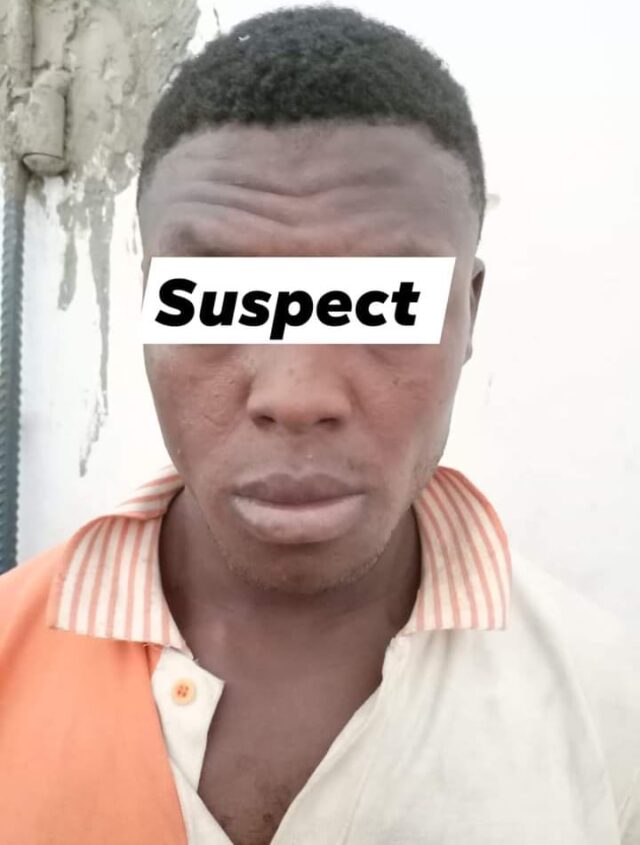 One Emma Ugwunaze (m), aged 19, of Maleka Quarters, Waza village, Birnin Kudu Local Government was successfully arrested by the operatives of the Nigeria Security and Civil Defence Corps, Jigawa State Command on 28th September, 2021 at about 0100hrs on a suspected rape case of a minor.

He was arrested following a complaint put forward by the mother of the Six year old girl of the same address who reported that she sent her daughter to buy drug (Ciprofloxacin) from the suspect’s shop only for the girl to return home crying and complaining of pain in her private part and upon enquiry the girl told her mother that Emma, took her to his shop, removed her panties and had canal knowledge of her forcefully.

NSCDC Jigawa Command Commisrates With Journalists Over Death of Chairman

In a statement issued by CSC Adamu Shehu,
CDPRO Jigawa State Command disclosed the the victim cried for help when she felt the pain but there was no one to her rescue, and afterwards gave her biscuits not to tell anyone about the encounter.

The statement maintained that the six year old was brought to the NSCDC office in a situation needing medical attention and as such was rushed to the Sexual Assault Referral Center at the General Hospital, Dutse for immediate medical attention.

NSCDC Parades Suspects In Connection With Rape, Sodomy And Theft in Jigawa

” Medical report indicates evidence of sexual penetration as there is stretching of hymen, bruises and blood on the perineum. Drugs including Antibiotics and analgesics were administered.”

The statement further disclosed that Upon interrogation, the suspect confessed to the crime and will be charged to a court of competent jurisdiction for prosecution.