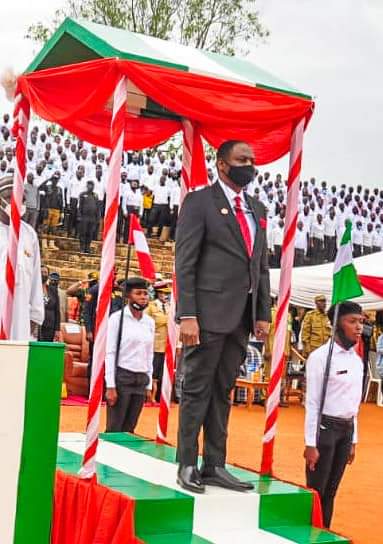 He made the declaration at the official passing out parade and closing ceremony of the training of Narcotic Assistants Course 3, on Saturday, September 25, 2021, at the NDLEA Academy, Kotton Rikus, Jos, Plateau State.

Marwa, Special Guest and the reviewing officer of the parade, represented by the Agency’s Secretary, Mr Shadrach Haruna, said “Todays ceremony signposts yet another of the Agency’s efforts towards the War Against Drug Abuse (WADA) campaign and the total eradication of illicit drugs and their effects in Nigeria. In particular, this training and passing out ceremony aligns with my vision of a well-motivated, visible and proactive workforce that is service-ready to meet the dreams and aspirations of the founding fathers of the Agency and that of the nation in general.”

While stating that Narcotic Assistants Course 3 of 2021 is the largest of the cadre and the first-ever course in over 25 years, Marwa noted the process leading to the training started in 2019 but was put on hold because of the COVID-19 pandemic, which prevented gatherings and engendered global lockdowns across countries and continents.

Gen. Marwa, while stressing that the Agency has lived up to its mandate and the accompanying challenges in the past eight months, reminded the new Narcotic Assistants that they will be joining their colleagues who are already in the field across Nigeria fighting the drug war.

” The training has prepared you physically, mentally and psychologically for the demanding tasks ahead. You must, henceforth, keep in mind that you are on national assignment in the fight against the drug pandemic, Marwa stated.”

Warning of the dangers ahead, the NDLEA boss told the new officers ” You are going to be assaulted and tempted psychologically and physically, subtly and brashly by merchants of this nefarious trade. You will be offered money and other forms of gratification. I call on you all to cultivate the will, guts and coping skills required to reject these temptations and allow for effective discharge of your duties.

The NDLEA Chairman also seized the occasion to remind the new Narcotic Assistants and the public at large that the fight against illicit drug, this time, is not half-hearted and will not be compromised.

” The Agency more than ever before demands complete loyalty, commitment, sacrifice and dedication from you in pursuit of the nations goal of a drug-free society. Since I assumed office, I have demonstrated in word and in action, a desire to up the ante of Drug Enforcement Administration in Nigeria as well as improve staff welfare and better working conditions for the Agency. It is my aspiration that by the time the current series of Basic Training is completed, the NDLEA will be able to establish offices and presence in all the seven hundred and seventy-four (774) local government areas in Nigeria.” He explained.

While assuring the new officers of the leaderships resolve to continue to work on improving the welfare, working conditions and environment of the Agencys workforce, Marwa urged them to abide by the ethos of paramilitary service, namely discipline and loyalty. 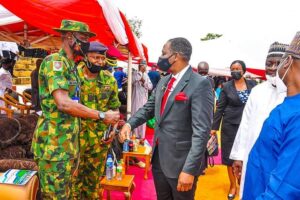 “I charge you all to conduct yourselves as well-trained and disciplined men fighting a just war aimed at ridding the country of the drug scourge,” he maintained.

He concluded his speech with a call to the public to join forces with the NDLEA at safeguarding the country against the drug menace.

” We must always keep in mind that it is our society, our children, our youths, our people, our future and our culture that are under attack and in danger of being replaced by the drug culture. Let us together arise in unison against this dreaded monster,” Marwa further said

Acccording to the statement by Femi Babafemi,
Director, Media and Advocacy
NDLEA Headquarters, Abuja explained that the ceremony, which concluded with an awards presentation to the best performing cadets in eight different categories, was well attended by a cross-section of the public and service institutions, including representatives of the GOC, 3 Div, NA, Federal Road Safety Commission, (FRSC), Nigeria Immigration Service, Nigeria Security and Civil Defense Corps (NSCDC), Nigeria Customs Service, Nigeria Correction Service, chairman, Senate Committees on Narcotics and Jos North Traditional Council among others.