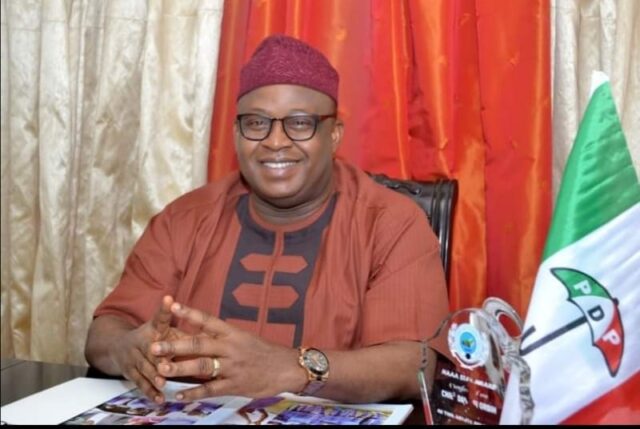 Chief Dan Orbih is today perhaps the most prolific state Chairman of any political party in the history of Nigeria.

Chief Orbih had a robust stint in the business sector after his education, which probably prepared him for the task of chairing the Peoples Democratic Party (PDP) in Edo State, a task which he did for 11 years, emerging as one of the toughest egg heads in the job.

Dan Orbih became a student of politics under the late Chief Anthony Anenih, one of the founding fathers, and Chairman of the Board of Trustees of PDP. He quickly rose in ranks and began to get appointments to serve at various times in committees at both (Edo) state and national levels of the PDP.

In 2006, he became a member of the PDP Presidential Electoral Panel, and was the Chairman, Edo State PDP Finance Committee between 2006 – 2007.

After Comrade Adams Oshiomhole regained the Edo State Governorship position through a court ruling, Orbih became like a thorn in the flesh of the state ruling party, ACN and APC later, and the governor, Comrade Oshiomhole.

During his term in office, he became known as the most active and constructive opposition chairman in Nigeria. He was the Chairman of Edo State PDP between 2008 and 2019.

In the history of Nigeria, Dan Orbih is probably the Chairman that served longest for any political party, having stayed for a whopping 11 years, and the one that achieved the most successes by dint of hardwork.

He was carefully chosen to replace the late Chief Samson Ekhabafe, by PDP national leader Chief Anthony Anenih, who must have looked forward into the future, and must have seen the turbulent path the party was going to travel in the state.

At the demise of the erstwhile state chairman, Barr. Ekhabafe, Chief Dan Orbih was unanimously picked by Chief Anenih and other officials to lead Edo PDP. For t 11 years, the rest is history and before posterity, Edo people, nay Nigerians, are already judging Dan Orbih as the most prolific opposition leader ever in Nigeria’s history.

It is known that both Oshiomole and his then god-son, Governor Godwin Obaseki, cringe at the thought of Orbih, and at the mention of his name, they seek support. Edo PDP had only remained a state chapter because of the leadership of this man from Ogbona, in Etsako Central LGA of Edo State.

Having gone through his late father’s tutelage, who was also a foremost politician in the Second Republic, Dan has proved to Edo people that he is one who is capable of humongous political responsibility, not just in Edo State.

Achievements As PDP Chairman In Edo

Despite the fact that Edo State was ruled by Comrade Adams Oshiomhole of the APC in 2015 during the presidential elections, the PDP in the state, ably led by Chief Dan Orbih was bent on delivering Goodluck Jonathan as president.

Oshiomhole had made it clear that people of Edo will not support Jonathan, but Jonathan’s men in the state took up the challenge to prove them wrong. Led by the Bini born billionaire, Captain Hosa Okunbor, the Edo PDP worked tirelessly to get results for Jonathan.

While the Chairman, Board of Trustees of the PDP, Chief Tony Anenih, and the Minister of Works, Arch.Mike Onolemenmen, held sway in Edo Central, Okunbor and the state Coordinator of Jonathan/Sambo Campaign Organization, Pastor Osagie Ize-Iyamu, led the attack in Edo South.

While Oshiomhole battled and barely won victory for Gen.Buhari in Edo North, the PDP clinched three House of Reps seats while the voters also gave good votes to Jonathan. Also in Edo Central, Anenih’s domain, the PDP clinched the senatorial slot and the two House of Reps seats. For the presidency, APC polled 208,469 while PDP scored 286,869 in the state. At the end of the National Assembly elections, PDP won two of the three Senatorial seats in the state, that is, Edo Central and Edo South while the APC won Edo North.

The PDP also won five of the nine House of Representatives seats in the state. It clinched the two Reps seats in Edo Central and three in Edo South. The APC claimed the three seats in Edo North.

Edo State Publicity Secretary of the PDP, Mr. Chris Nehikhare, while commenting on what gave the PDP the leverage over the APC in the National Assembly election said: “Before the elections of March 28, PDP worked very hard and the morale of the people was very high following the presentations of candidates with good credentials for the election from the three senatorial districts. PDP was the only party that exploited its internal democracy where all its candidates emerged freely without interference from the party.”

He also noted that the state executive of the party led by Chief Dan Orbih, put behind its failure in the 2012 governorship election when Governor Oshiomhole won in all the 18 local councils of the state to mobilize Edo people for the elections.

With his constant but seemingly well constructed criticisms of the Oshiomhole administration and government expenditures, Orbih was able to woo some notable politicians and supporters to the PDP fold in the never-ending political alignment and realignment in the state.

Snatching Meat From The Mouth of  the Lion

On January 10th, at Igarra, Akoko Edo Local Council of the Edo State, Chief Dan Orbih correctly predicted the final downfall of the APC in Edo State. Recall that a deep crises had erupted between the former governor of the State and the then national chairman of the APC, Oshiomhole, and the governor, Mr Godwin Obaseki. 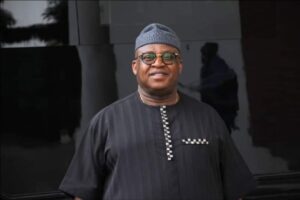 While Oshiomhole vowed to replace Obaseki with another candidate for questionable loyalty, Obaseki boasted that he will win his coming elections as Edo Governor.

Therefore, the party was engulfed in heavy crises.

So, while speaking at Igarra, the indefatigable Orbih was quoted to have said “History will repeat itself in 2020, as we had it during the PDP crisis, which led to emergence of Adams Oshiomhole as governor.

“What is happening in Edo State has a history. Years ago, the PDP worked hard and installed a governor in person of Prof. Oserheimen Osunbor. After he assumed office, he started quarreling with the party. There was a quarrel between Osunbor and Chief Tony Anenih. It was from that quarrel the APC took over the government.

“Today, history is repeating itself. There is a quarrel between Adams Oshiomhole and Mr. Godwin Obaseki. From that quarrel, the PDP will come back to power.

True to his words, that became his last major assignment as the party Chairman in Edo State, and the PDP ended up dislodging the APC in the state. Not only did the state fall to PDP, as Obaseki ported to PDP and won under the platform, but the crises also swallowed Oshiomhole, who saw Orbih as a nightmare all the days of his life as a governor.

With such a resounding success at the state level, Orbih was elected as the South-south National Vice Chairman.

On March 9, 2021,Chief Orbih, who was returned unopposed at the party’s zonal congress held at the Obi Wali International Conference Centre, Port Harcourt, polled 960 votes out of the 964 votes cast.

In his acceptance speech after the inauguration of the new leadership of the party in the zone, Mr Orbih pledged to reposition the party and make it stronger in 2023.

He assured that the new executive would not betray the trust and faith reposed in them by the delegates.

Mr Orbih commended the PDP governors in the zone for continually keeping faith with the party.

He added that South-south was proud of PDP governors in the zone whom he said had done well and showed that “if it’s not PDP, it’s not PDP”.

Since resuming office in Port Harcourt, Orbih has never taken a day off work.

He instituted the South’south PDP Caucus Tour, and has since led the Executives round the 6 states of the zone. Despite the fact that the Cross River Governor, Professor Ben Ayade left the party in May, this did not deter their tours, as they also visited the PDP State Working Committee in Cross River, assuring them of support.

Orbih and his team has continued to cry out of the dangers of allowing the security situation in the country to degenerate beyond what it is at the moment and appealed to governors to set up a trusted security outfit for the region to check the growing cases of insecurity.

Marwa: Birthday tribute to an enigma