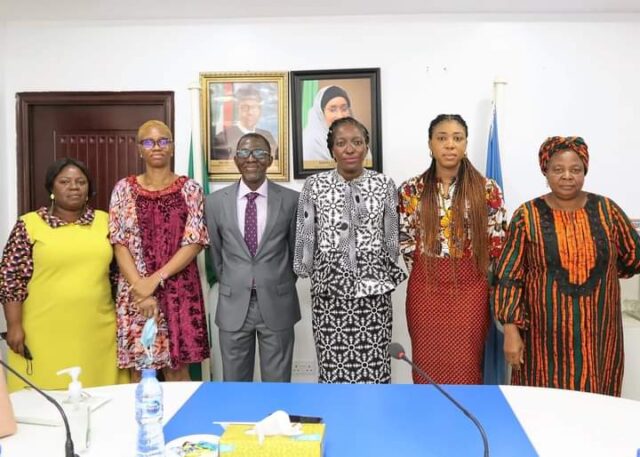 The Director General, National Agency for the Prohibition of Trafficking in Persons and Other Related Offences (NAPTIP), Dr. Fatima Waziri-Azi has described Shelter, Counsellig and Rehabilitation for the Sexual and Gender Based Violence (SGBV) among Agency’s top priorities functions.

Dr. Fatima made the disclosure when she recieved a team from the Rule of Law And Anti Corruption ( ROLAC) led by the National Programme Manager, Mr. Danladi Plang on  courtesy visit.

The NAPTIP Boss reiterated her commitments to increase investigation, prosecution and secure more convictions of high profile cases of both human trafficking and SGBV cases.

She stated her plans to commence discussion with key relevant stakeholders to strengthen relationship.

Gender Based Violence In Kano: NGO Proffers Solution on Menace

Earlier speaking, the National Programme Manager, Rule of Law and Anti Corruption (ROLAC), Mr. Danladi Plang briefed the DG and Management of NAPTIP on  already existing partnership between both parties and the work done as well as  the success achieve so far since the inception of the synergy.

Dr. Plang shared plans and projections on the outstanding projects and tasks bearing in mind the 2022 expiration date of the project.

How Internet Providers Get Around War Zones